Chocolate Brand Trademarks The Word Psilocybin — Is That Legal?

The company sells chocolate bars that don’t seem to contain any mushroom ingredients.

Just as the psilocybin mushroom market begins to heat up, one enterprising entrepreneur has quickly snapped up the trademark for the word “Psilocybin.” Marijuana Moment picked up on the founder’s notice on LinkedIn that the word had been trademarked. That post has since disappeared and while there is no mention of the trademark happening on the company’s website, the tiny TM does appear after each mention of the word Psilocybin on the company’s website.

The company sells chocolate bars that don’t seem to contain any mushroom ingredients. In fact, there is little in the way of a description as to how the chocolate is made or sourced. It says the bars “have been created as a gateway to educate you on what is next for medicinal mushroom health and healing.” It does say that all the products are sold out. 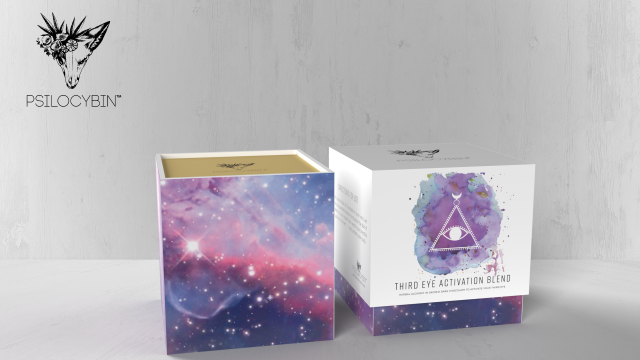 Scarlet Ravin describes her company Psilocybin™️ as “a community-based support system holding a sacred knowing for others to come back to their knowing of their God-self.” She describes herself as being “known for her visionary Branding and Marketing which has led her companies to the front of the market allowing multiple press mentions and forward-thinking concepts that grab the attention of the mass market.”

Ravin told Marijuana Moment that she “plans to contribute 10 percent of profits to the Multidisciplinary Association for Psychedelic Studies (MAPS), which is involved in researching the therapeutic benefits of psychedelic substances.”

Psilocybin mushrooms are also a schedule 1 substance under the Controlled Substance Act like marijuana. The U.S. Patent Trade Office stated that marijuana is still prohibited from U.S. trademark registration. “The CSA prohibits, among other things, manufacturing, distributing, dispensing, or possessing certain controlled substances, including marijuana. 21 U.S.C. §§812, 841(a)(1), 844(a). Therefore, the USPTO refuses registration when an application identifies goods encompassing CBD or other extracts of marijuana because such goods are unlawful under federal law and do not support valid use of the applied-for mark in commerce.”

Marijuana Moment noted that this trademark is “Specifically for educational materials and it’s listed on the supplemental register, rather than the principal register, which means it would be incumbent upon the brand to prove that it has earned distinctiveness of the mark if the issue went to court.”

How Can CBD Be Used To Treat Depression?

If you are working with a mental health professional to develop a treatment plan for depression, CBD could be right for you.