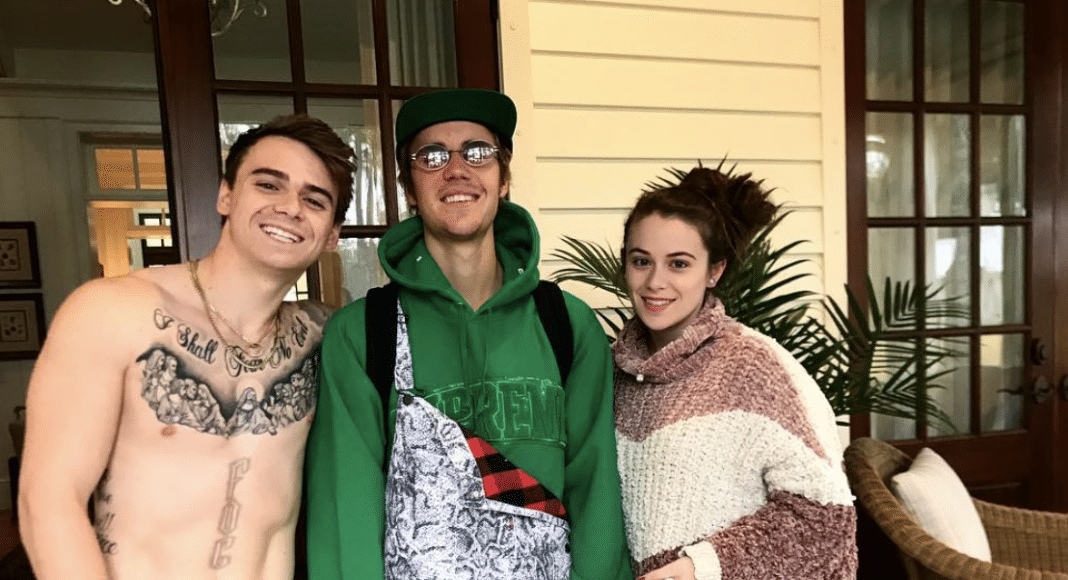 Adele has found love again six months after announcing split from husband; Justin Bieber invited his ex to his wedding yesterday and she Instagrammed about it.

Six months after announcing her separation from estranged husband Simon Konecki, the “Hello” musician has been spending a lot of time with the 37-year-old grime star, The Sun reported Monday (September 30). “Adele and Skepta have been there for each other a lot after both their relationships split up. They have a close bond and there’s definitely a special connection,” an insider told the publication.

The news comes weeks after Adele filed for divorce from Konecki.

Skepta, whose real name is Joseph Adenuga Jr., also hails from Adele’s native Tottenham, North London. Less than two weeks ago, the 31-year-old songbird supposedly appeared at the “Greaze Mode” artist’s birthday party at the Crystal Maze experience in London. “They’re spending more and more time together,” the source added. “Some of their friends are hoping and predicting they could end up being a great couple one day.”

Both stars are parents: Adele has a son, Angelo, 6, with Konecki, and Skepta became a father last November. Per the source, “They are both private about their love lives and they are both committed to their children first and foremost as well.”

Did we also mention the pair have been longtime friends?

“Adele texts me all the time and keeps me in check. She speaks to me about how things are going,” he once told ES Magazine in 2016. That same year, the “All I Ask” singer celebrated Skepta’s Mercury Prize win by posting a photo of him on her Instagram page captioned “Tottenham Boy” along with a heart emoji.

“She gassed me up. One day I was just chilling and she [tweeted] a picture that said ‘Tottenham boy’ and she’s from Tottenham as well,” he told IBTimes UK of her post. “I was actually going to quit music that day, that was one of the sickest things ever. She’s like the lady of Tottenham.”

Beadles, 25, documented the festivities on her Instagram Story, which show her raving over “gluten-free” cornbread at what appears to be the couple’s rehearsal dinner.

Beadles, who is the founder of Caitlin’s Vine of Bravery Dog Rescue, also shared a shot of herself and her brother Christian Beadles from the celebration.

For the special occasion, Beadles wore a soft pink lace dress and nude sandal heels while her brother opted for a navy blue blazer paired with tan trousers and sneakers.

Bieber, 25, and Beadles dated for one year, according to E! News, after meeting in 2008. The pair have remained friends ever since as Bieber even spent Thanksgiving with Beadles and her family in 2017.

Bieber and Baldwin, 22, officially tied the knot — for the second time — Monday evening at the Montage Palmetto Bluff in Bluffton, PEOPLE confirmed.

The couple, who first got married in a New York City courthouse last year, said their “I Do’s” in front of 154 guests — including models Kendall Jenner, Camila Morrone and Joan Smalls, as well as Bieber’s manager Scooter Braun — at Somerset Chapel, a source confirmed to PEOPLE.