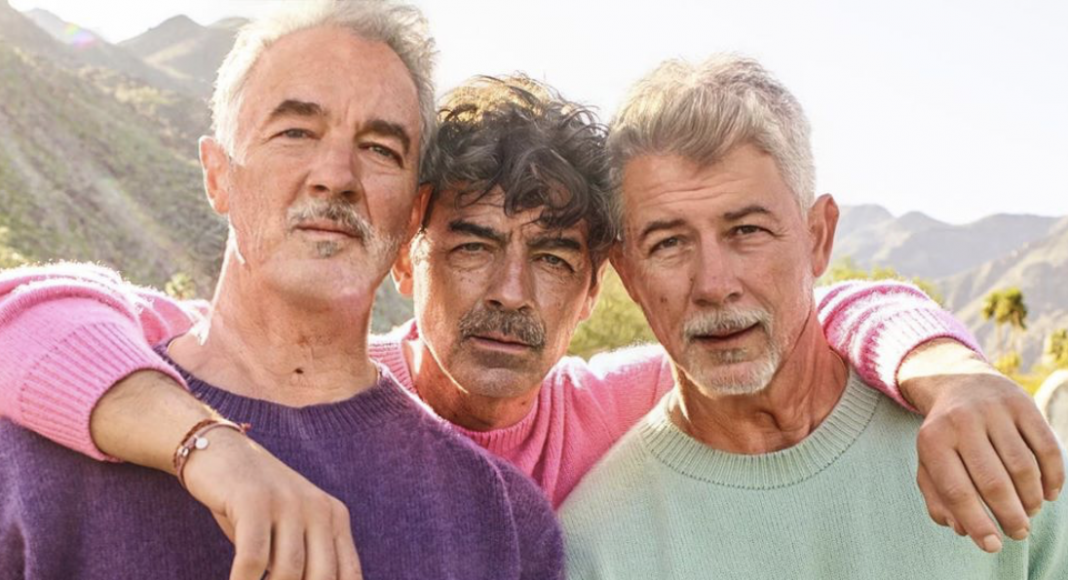 Curious what your fave celebs will look like in 60 years? Wonder no more!

The popular selfie app FaceApp recently added a new filter, which allows anyone and everyone to look decades older in their photos. Naturally, the filter caught fire in no time, with celebs and fans alike sharing images of what they might look like in their twilight years. One of the first stars to share a photo of themselves looking ready to retire was Drake. The rapper posted an image of himself looking roughly 60, though largely wrinkle free.

The Jonas Brothers also shared a photo of themselves using the jaw-dropping filter, seemingly suggesting that while Kevin and Nick Jonas will be gray in their later years, Joe Jonas will still be sporting black curls.

Yahoo is facing heavy criticism for calling Chris Pratt a “white supremacist” for wearing a T-shirt with the Gadsden flag in an article published Tuesday.

Pratt, best known for his starring roles in “Guardians of the Galaxy” and the “Jurassic World” franchises, was seen wearing a T-shirt featuring the American flag with a coiled rattlesnake in front of it with the text, “Don’t tread on me.”

The coiled rattlesnake and the “Don’t tread on me” motto are from the iconic Gadsden flag, which was created by American general Christopher Gadsden in 1775 during the Revolutionary War that was meant to symbolize liberty and freedom. In recent years, the flag has been revived by the Tea Party.

Shame on ⁦@Yahoo⁩ for this trash. A handful of dumb twitter comments isn’t a news story you click-baiting parasites. There nothing white supremacist about that T-shirt.
It’s like everyone wants to be stupid and make everything worse. https://t.co/TVNeLUGUAc

“Nice. Glad to see someone in hollywood actually supports people’s right to defend themselves,” one user wrote in response to Harris, while another commented,” Gadsen flag. I love it! Where can I buy mine?”