By: Naughty Gossip
May 7, 2019
CelebrityGossip 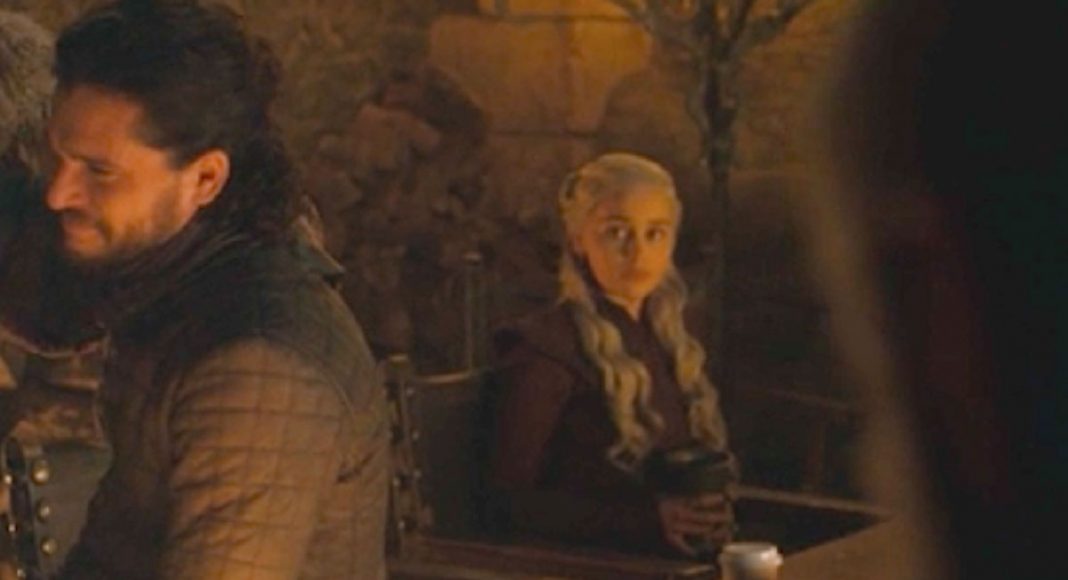 Eagle-eyed viewers of Game of Thrones noticed a modern-day to-go coffee cup sitting near Daenerys in a scene from the fourth episode of Season Eight.

Our theory is that actress Emilia Clarke is the owner of the coffee cup, which must have indeed been coffee, although likely not from Starbucks by the looks of it.

Game of Thrones art director Hauke Richter told Variety that the mistake had been “blown out of proportion.”

“Things can get forgotten on set,” he wrote.

Now HBO has responded to the infamous cup with a statement that reads:

“The latte that appeared in the episode was a mistake. Daenerys had ordered an herbal tea.”

Pitt, 55, was out and about in Los Angeles on May 3 when the question to the star was caught on camera.

“Oh my god,” he said with a laugh and smile before adding, “Alright, have a good one!”

As RadarOnline.com recently reported, Pitt was caught celebrating Aniston’s fiftieth birthday with her at the Sunset Towers in February.

Aniston and Pitt were Hollywood’s golden couple until their divorce in 2005, the result of the World War Z star cheating with his now-estranged ex, Angelina Jolie.