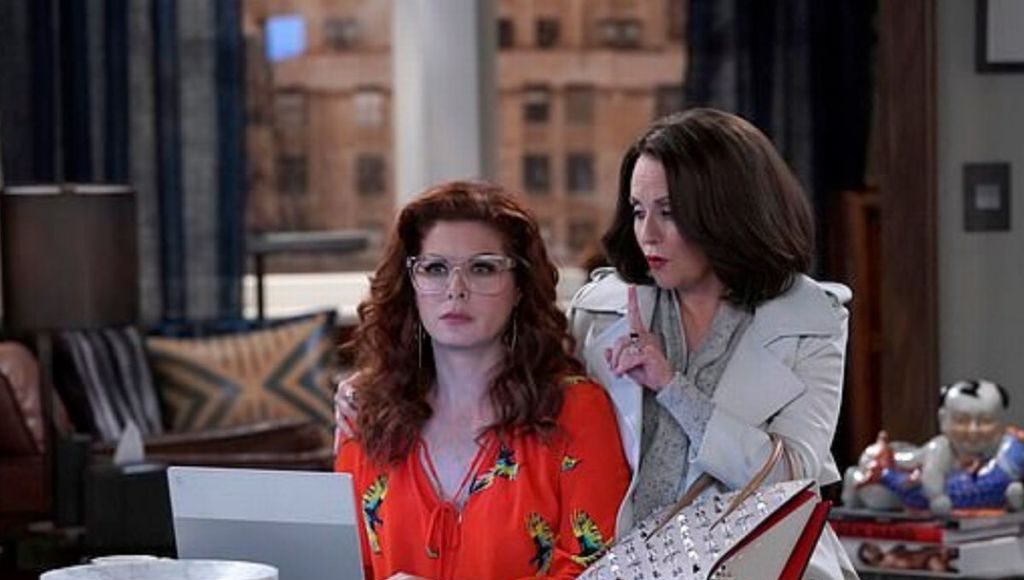 Feud rumors continue as Megan Mullally appears to be blowing off ‘Will & Grace’ co-star on her birthday; Sean Spicer and Christie Brinkley among newest ‘Dancing With the Stars’ lineup.

Debra Messing received no birthday love from her Will & Grace costar Megan Mullally amid their rumored feud.

The fiery redhead turned 51 on Thursday, August 15. Eric McCormack, who plays Will on the Emmy-winning series, was the only cast member to share an Instagram post related to her birthday.

Debra later had a star-studded get together for her big day that included Chelsea Handler, Connie Britton, Mary McCormick and Camryn Manheim. Megan, 60, was a no-show for that.

A conspiracy theory started going around last week about why Will & Grace was cancelled when fans noticed that Debra and Megan unfollowed each other on social media. Everyone from the primary cast (Sean Hayes) included still follow each other minus the two funny ladies, leading many to believe that the show got the axe for personal reasons and not professional ones.

Facebook
Twitter
Linkedin
Email
Print
Previous articleMen Wanting To Improve Sexual Function And Desire? Grab Some Nuts
Next articleHow To Tell If Your Vape Pen May Be Harmful