Watch An Embarrassed Prince William Gallop During A Live Performance 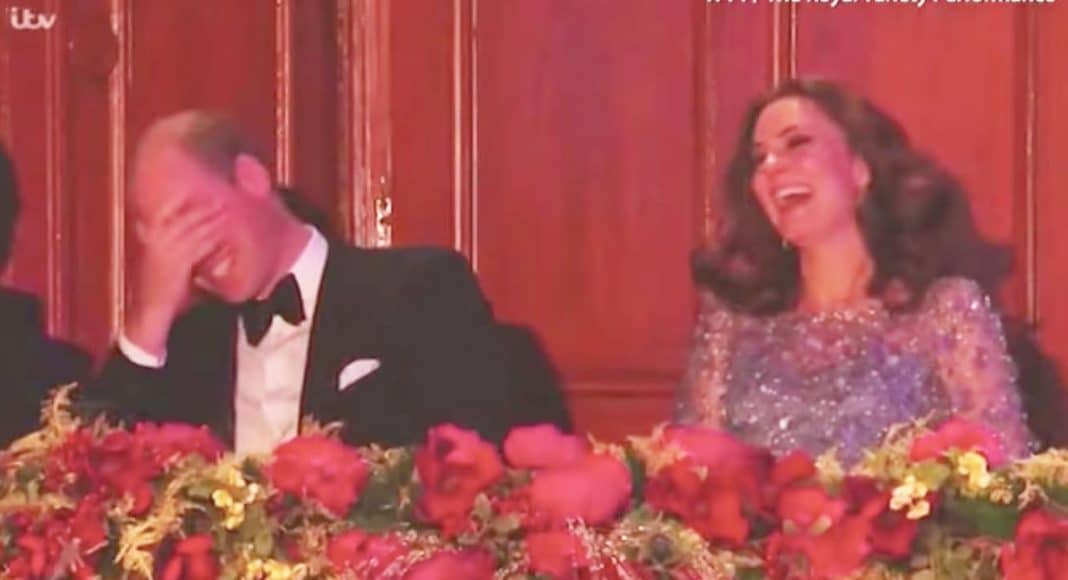 Who says equestrian skills don’t translate to real life? Prince William gave us all an early New Year gift when he indulged us all by galloping on cue at the request of a very charming little girl.

It happened during the Royal Variety Performance in London when the young actress looked up into the balcony (the Royal Box) where William and Kate were seated and earnestly asked: “Please sir, will you gallop with us?”

William was nearly upstaged by Kate, who could not stop laughing. If there was a table to hide under, she may have disappeared.

The Royal Variety Performance is more than a century old, dating back to 1912. It’s an annual (televised) variety show that helps fund the Royal Variety Charity, which supports artists in the entertainment industry.