Gordon Ramsay Has Been Brutally Reviewing People’s Food On Twitter

For whatever reason, a bunch of masochists have been sending celebrity, and all around angry chef Gordon Ramsay photos of their amateur dishes on Twitter to review. And the guy is not holding back. In fact, he seems to be having a great time playing the role of social media’s go-to food critic. “Are the camera’s rolling?” — Gordon Ramsay 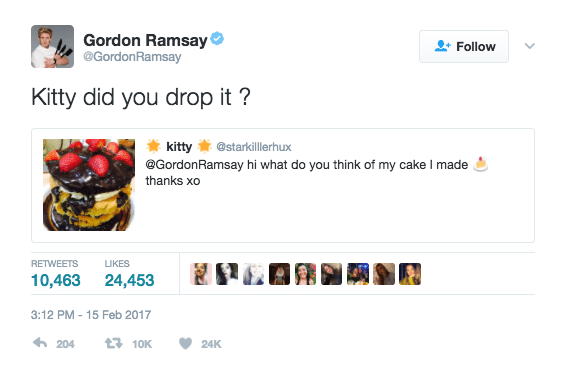 But seriously, Kitty. Did you drop it? 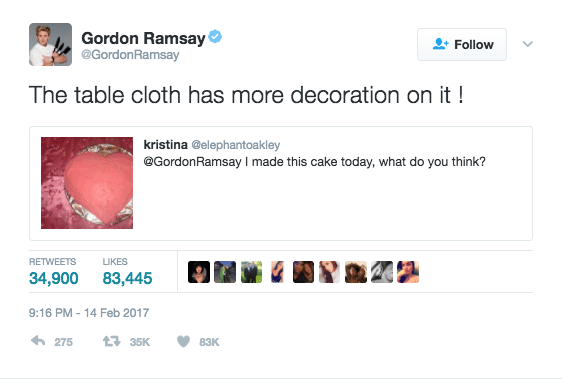 Where does the tablecloth end and the cake begin? 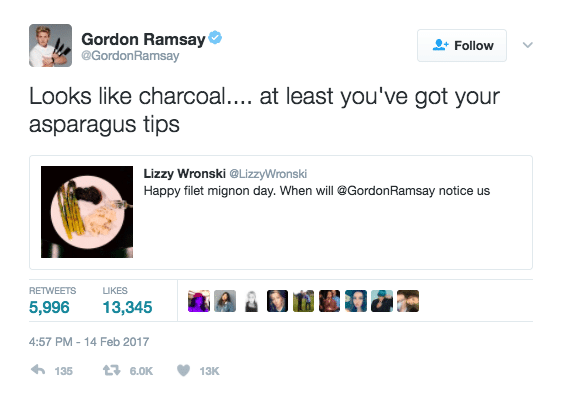 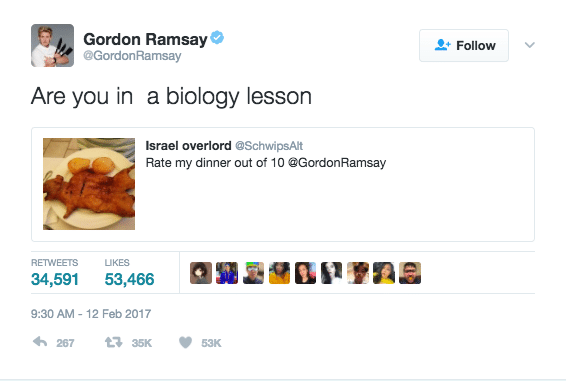 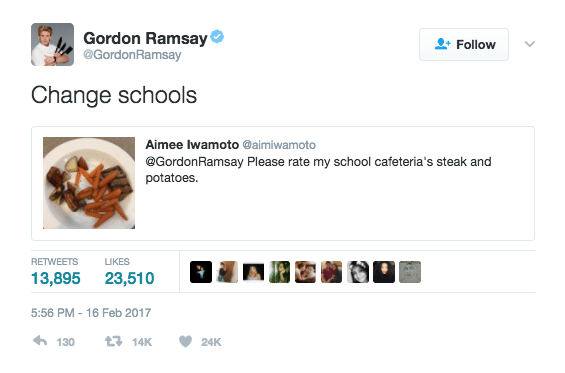 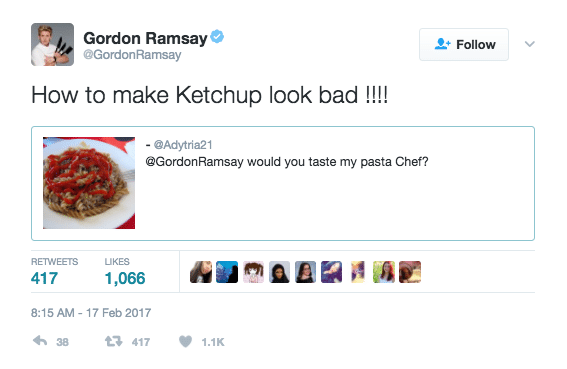 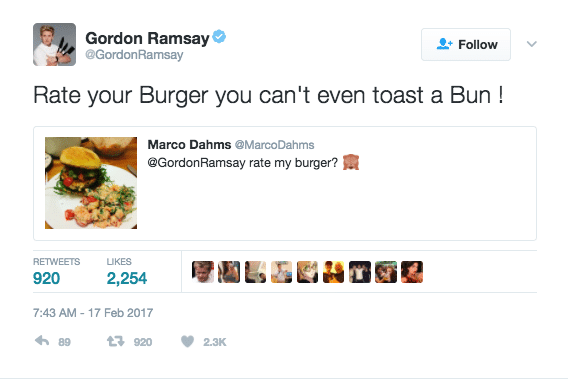 But he is also the first to extend a kind word when someone sends him a decent dish to critique, not that it happens often. 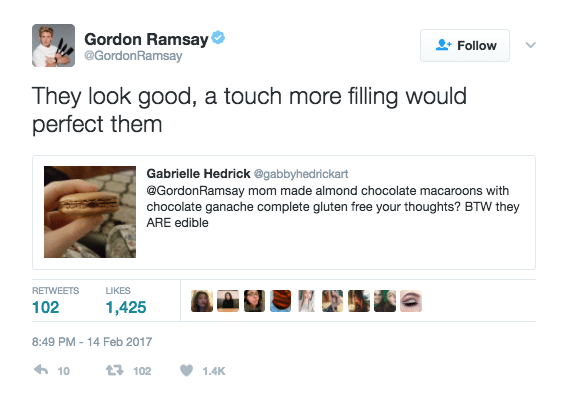 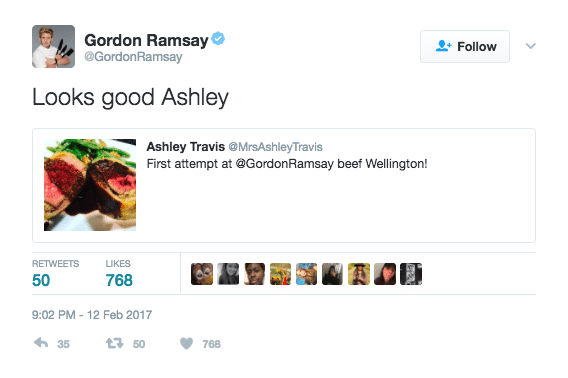 The British chef, who joined twitter in 2010 has already garnered more than 3.5 million followers.

Back in October, the tables were turned when Twitter users trolled celebrity chef Jamie Oliver after he made the mistake of messing with the national dish of Spain: paella.

Facebook
Twitter
Linkedin
Email
Print
Previous articleThe 5 Best Shows and Movies About the Relationship Between U.S. and Russia
Next articleTrash Dove: This Purple Goodness Is Our New Favorite Meme