What We Learned From This Game of Thrones Blooper Reel 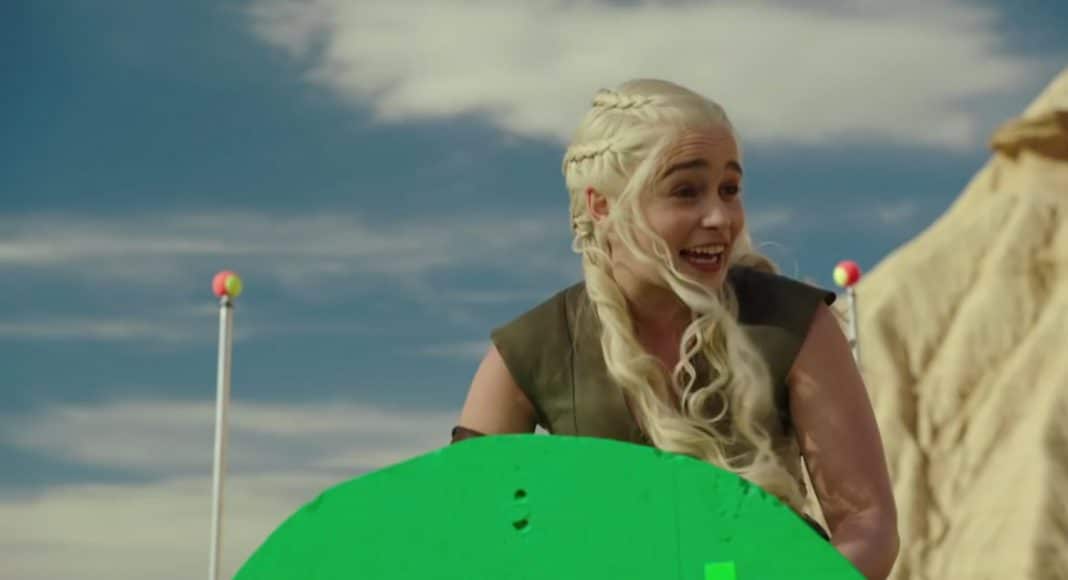 Filming a sprawling fantasy epic like Game of Thrones certainly has its challenges. There are complicated costumes, remote locations, and elaborate fake languages to memorize. But judging from this blooper reel, more mundane issues—like pronouncing relatively simple words in English—proved troubling for certain cast members, like Peter Dinklage.

The award-winning actor tried and failed to pronounce “benevolent” at least seven times, by my count, in one scene alone. The clip also shows Emilia Clarke, aka Daenerys Targaryen, struggling with a speech in Dothraki, and a “nude” Jon Snow faking modesty during his crucial resurrection scene.