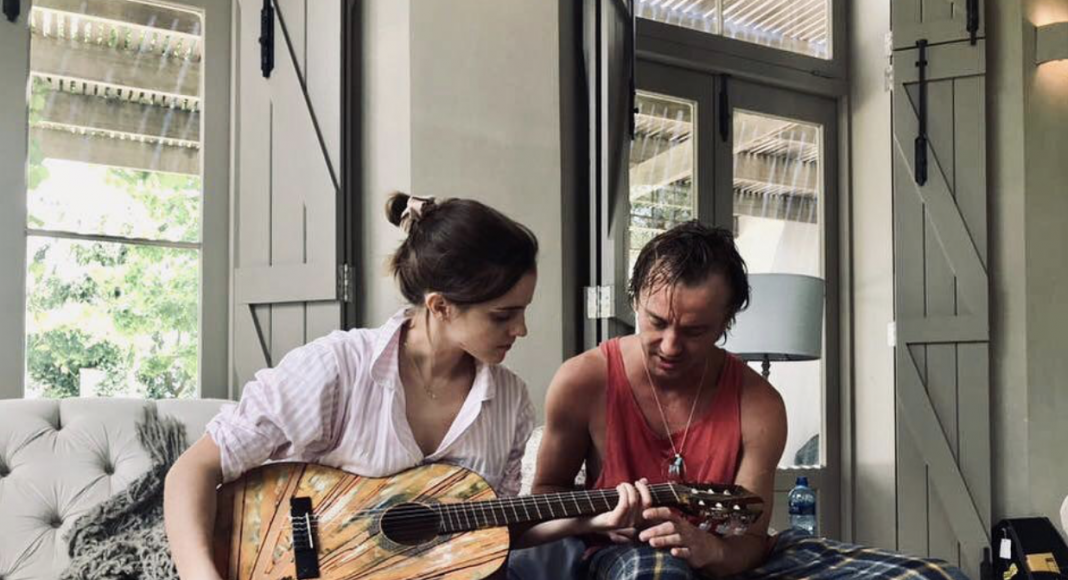 “Harry Potter” fans think Hermione Granger and Draco Malfoy are dating; and “Bachelorette” Hannah Brown says she and Tyler Cameron were too busy to date.

It’s been nearly a decade since the final Harry Potter film premiered, but fans are *still* passionately shipping their favorite characters from the blockbuster series. One of the most popular pairings, of course, is Hermione Granger and Draco Malfoy. Even though Dramione never became canon, that didn’t stop fans from loving the pairing and even writing novel-length fan-fiction stories about them.

So, it comes as no surprise that some of these fans are reading into some recent Instagram posts shared by Emma Watson and Tom Felton (aka the two actors behind Hermione and Draco). After Tom shared a very cozy photo with Emma on Monday (August 19), fans started to speculate the pair are in a relationship. The photo in question shows Tom teaching Emma how to play guitar, with the 32-year-old actor captioning the shot “quick learner.” Both Tom and Emma are in their pajamas, as well, and the location is tagged as South Africa.

This isn’t the first time in recent months that Tom and Emma have reunited and shared their hang out on social media. Back in November, Emma posted a cute beach snapshot with her longtime friend, as well as a video of them riding on a skateboard together. In the video of them skateboarding, Tom teases Emma for “wobbling” and “dancing around the board like a clown.” It’s all very sweet.

After dumping fiance Jed Wyatt in the season finale of “The Bachelorette,” Hannah Brown asked runner-up Tyler Cameron on live TV if he would be interested in getting a drink. Cameron said yes, but following rumors he’s been seeing model Gigi Hadid, it appears as though the Bachelor Nation couple is no more.

Brown, 24, opened up about post-reality TV life in an interview with Extra TV. When asked if she had heard from Cameron, 26, since the two were photographed on an overnight date, the former Miss Alabama gave a diplomatic answer.

“Honestly, I think he’s been so busy and I’ve been so busy,” she said. “I’m focusing on what’s next for me and trying to get bearings around this new city that I’m living in. I wish him well and I know that he does the same for me.”

“(Tyler and I) are not dating-dating, at all, we hung out, but we also had conversations of both, like, knowing that there’s still something there,” Brown said. “He has every right to do what he wants to, because we’re, you know, just hanging out, seeing where it goes. And I am completely fine with that … I am not tied to any man or tied to Tyler, and I’m not going to be.”

She continued: “When you are in the public eye, you do have to just be respectful of each other. And yeah, I wish I would’ve got a little bit more than two days,” she added, seemingly referring to Cameron being photographed with another (famous) woman two days after he was seen leaving her home. “But, you know, it is OK.”