Here’s How The THC In Medical Marijuana Can Combat HIV

Cannabis has been reliably shown to whet the appetite and soothe chronic neuropathic pain. But there is evidence that cannabis might actually combat the disease itself.

We know that many HIV/AIDS patients find relief in cannabis. In fact, science tells us that as many as one in three do. Cannabis has been reliably shown to whet the appetite and soothe chronic neuropathic pain. But there is evidence that cannabis can do more than treat the symptoms of HIV; it might actually combat the disease itself.

In a 2014 study, researchers at Louisiana State University Medical Center examined the guts of rhesus monkeys infected with simian immunodeficiancy virus, the monkey version of HIV. (I’m assuming the monkeys were just caught up in the hedonism of the late ‘70s, like the rest of us, and living without any regard for tomorrow.) The gut is a major center of the immune system, which HIV (and SIV) infiltrates and then exploits to reproduce itself.

RELATED: 8 Facts and 1 Big Speculation About Marijuana And HIV 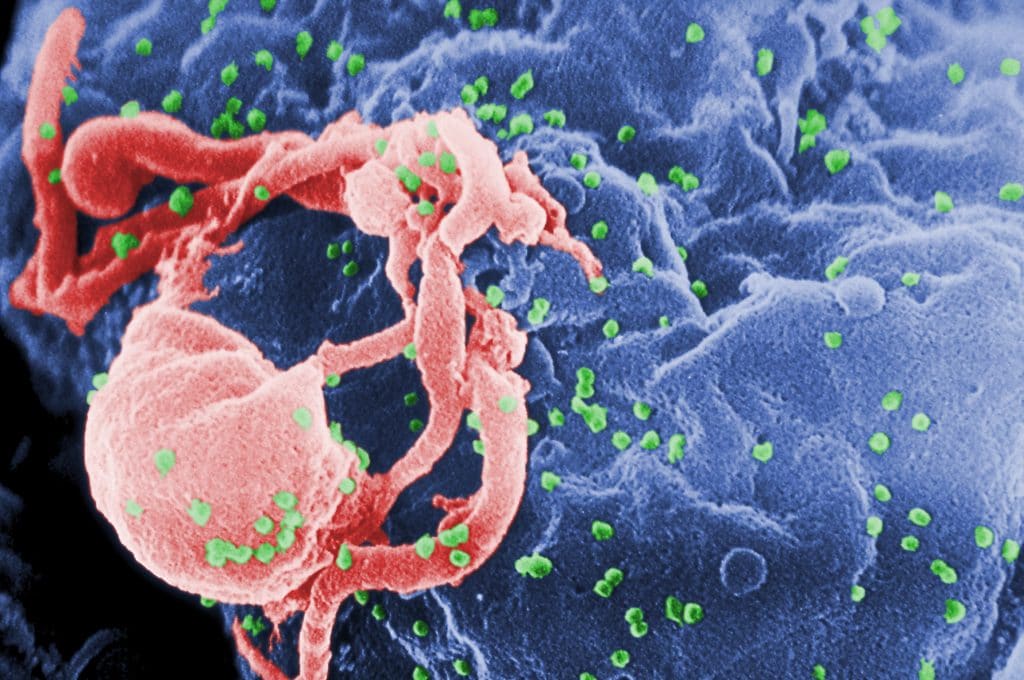 Coincidentally, the gut is also host to a great abundance of cannabinoid receptor 2 (CB2) cells. Or is it coincidental? Scientists have long speculated that CB2 cells play a role in immunity—but what that role could be is far from clear.

The Louisiana State team treated the monkeys with twice-daily does of THC. According to lead researcher, Dr. Patricia Molina, “we thought it was going to increase viral load.” But the results were quite the opposite. After 17 months of exposure to THC, the monkey’s guts showed lower viral loads, along with increased abundance of CD4 and CD8 cells—which are varieties of immunity-conveying T cells that are typically devastated by HIV. In other words, the CB2 cells stimulated by THC did a kick-ass job keeping SIV at bay.

RELATED: Marijuana Can Protect The Brain From The Effects of HIV

These findings jibe with an earlier study by the Mount Sinai School of Medicine, which showed that, in tissue samples, CB2 blocks a certain signaling process that HIV uses to infiltrate other cells. But the two studies don’t exactly address each other: The monkey-gut report shows an effect during the early stage of infection, while Mount Sinai’s in vitro tests apply only to the very late stage.

Facebook
Twitter
Linkedin
Email
Print
Previous articleHow Much More Sex Do You Have In An Open Relationship?
Next articleStudy Shows Oncologists Not Equipped To Talk Cannabis With Patients

Will I Get High Or Sick From Second-Hand Marijuana Smoke?

In some places, lighting a doob and second-hand marijuana smoke may attract some discrete side-eye, but less than a cigarette might.

Here’s How Medical Marijuana Can Help With Psoriasis

Science: How Marijuana Works To Help Those With Multiple Sclerosis