“Cannabis is no longer just for stoners, and the media needs to catch up on that. That is why El Planteo has been so well received.” — co-founder Natalia Kesselman

Latin America continues to grow their legal cannabis space and now has dedicated media. El Planteo is a Spanish-language media outlet dedicated to delivering news on cannabis, hemp, CBD, psychedelics, culture and more. It launched in partnership with Benzinga, a U.S. digital publication covering a variety of financial markets including marijuana.

El Planteo was founded by Benzinga editor Javier Hasse, who serves as CEO of the company. The idea came to him when he noticed an opening for financial and cultural content related to emerging industries and progressive topics in the Spanish-speaking world. He also observed there was a strong cannabis presence and culture with few media outlets covering the topic.

Hasse had been working as a cannabis writer for publications including Playboy. He serves as Benzinga’s Managing Director and wrote a best-selling book called Start Your Own Cannabis Business: Your Step-By-Step Guide to the Marijuana Industry, which, for weeks, ranked number one in various categories on Amazon.

In talking about launching the company, Hasse explains, “We put together the basic concept and went out to find capital to execute. We realized that the market was not ready and could secure investments. We needed money to operate and the only way to get it was to showcase our product, which ironically, we couldn’t develop without a small injection of capital”

To devote the necessary time to this new business, he thought he might resign from his primary gig, Benzinga. But after discussing it with executives, they expressed the company intended to launch their own Spanish-speaking vertical. The two parties reached a win-win agreement: They started a Spanish website and, in parallel, anchored El Planteo.

Since launching in early 2020, El Planteo has proven to be extremely successful, with strong traffic and a robust amount of content, both original and translated from a long list of global media partners. 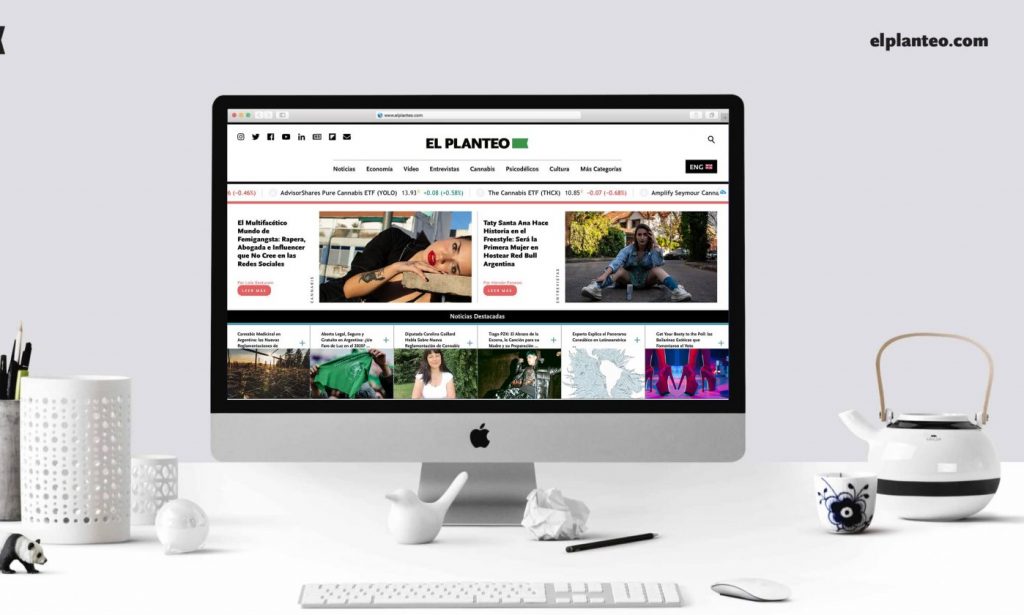 “We want to support green causes and make money in the process without being afraid of it. In general, when people in Latin America have extra money, they buy real estate. The idea of ​​the stock market has not yet settled in. We are only now changing our views on the matter but are still very reluctant. From El Planteo we want to instill these notions and pair these concepts positively,” Hasse shared.

“Cannabis is no longer just for stoners, and the media needs to catch up on that. That is why El Planteo has been so well received: People want to talk about cannabis, they want to read about it and they want to learn — without buying into cliché imagery”, adds Natalia Kesselman, COO, executive editor and co-founder of El Planteo. “We are unveiling a whole new world for a lot of people”. Also on the team is financial reporter José Rodrigo Safidye.

How can you stay productive while using cannabis regularly?

Talking To Your Kids About Cannabis In 2023