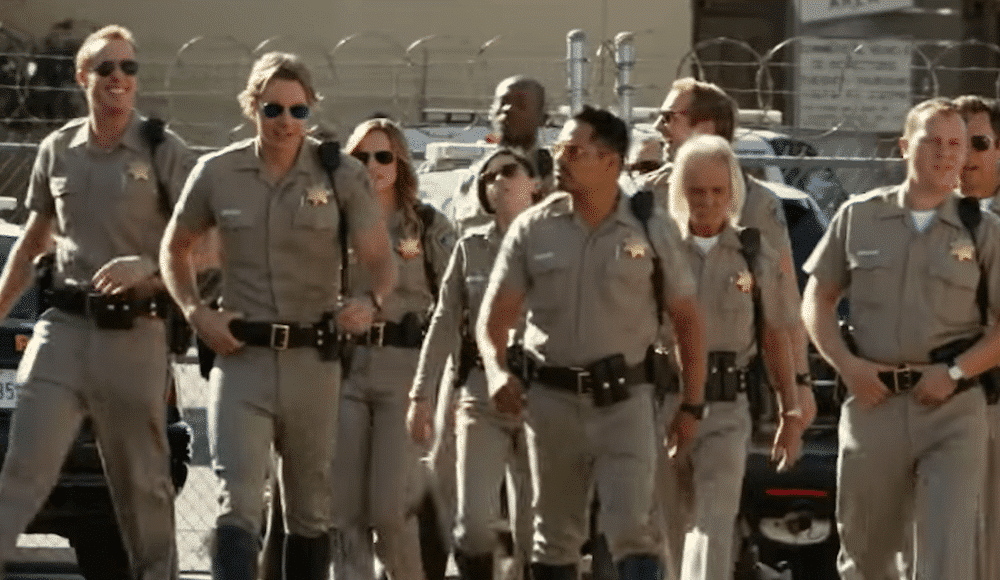 No doubt inspired by the success of the 21 Jump Street remakes, the 1970s TV show CHIPS is being remade as an R-rated, foul-mouthed film staring Dax Shepard and Michael Peña. Judging from the film’s brand-new red band trailer, Peña plays an FBI agent working undercover as a California Highway Patrolman. His partner is Shepard, a rookie CHP officer who is an expert at riding motorcycles (he competed on the X Games) and not much else. The film’s humor looks to be exponentially more raunchy than the original TV series, with plenty of dick jokes and references to analingus. Maya Rudolph, Adam Brody, and Shepard’s real-life wife Kristen Bell co-star. Check out the full trailer below.