If you’re in the mood for a marijuana road trip, Colorado and Washington are the two top destinations. I know. Shocker.

But California, the first state to allow for legal medical marijuana in 1996, is only No. 8, according to Estately, a Seattle-based real estate website. Of course, full legalization is on the November ballot in the Golden State so expect a bump in the ratings next year.

Estately gave each state a score from 1 to 100 for the following criteria:

Based on these data points, here are the five top states: 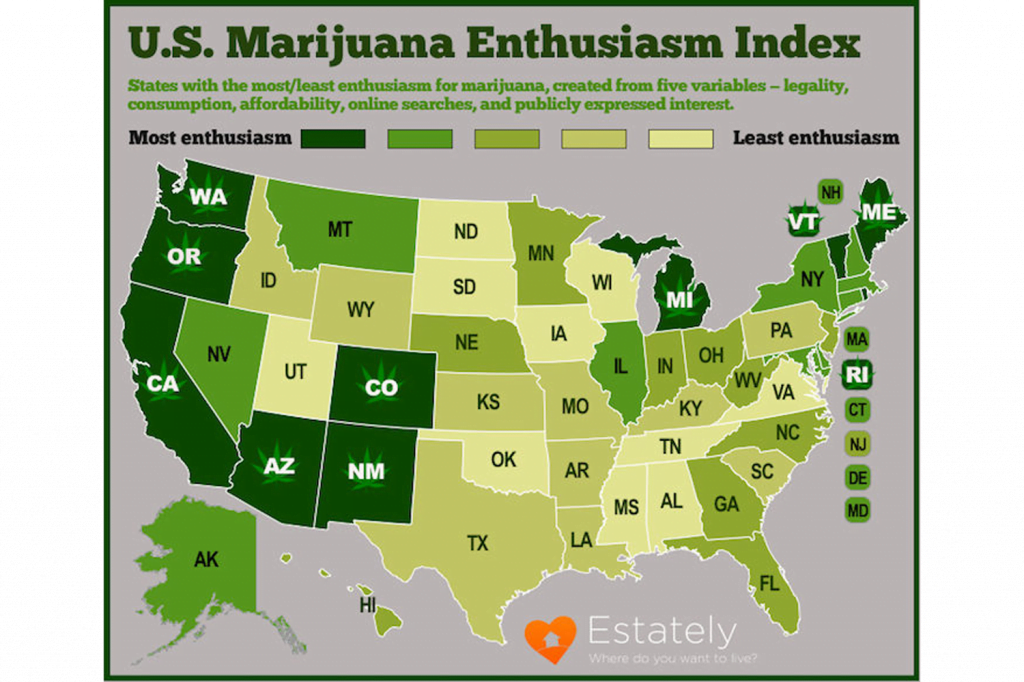