How Marijuana Helped A Mother With Stage 4 Colon Cancer

I’ve been trying to get my sister, Julie, to smoke pot with me since she was 14. Over the last 26 years, I’ve succeeded only twice.

The first time was when we were in our early 20’s. It was Thanksgiving and we were at my grandparents’ farm in upstate NY. After dinner we were both losing our minds, stuck in a political/religious bashing of all things pop-culture with our relatives – and seriously needing a drink…or an escape route…or a lobotomy. But no one there drank and none of the knives were pointy enough, so we were basically screwed.

Then I remembered I had some weed in my car and at that point my sister was ready to try anything in order to feel less stabby about the entire situation so she snuck outside to smoke with me. Of course I had nothing on me that we could smoke it with. Not a paper, a bowl, or even a one hitter because I had either convinced myself that this year wouldn’t be so bad, or ya know, I was still hiding the fact that I smoked pot from my parents. Apparently having the weed itself wasn’t the dead giveaway but having a bowl would be. Nice work, Behar. Anyway, I made my sister go swipe a coffee filter (a brown-close-to-cardboard-cause-of-course-that’s-all-we-had coffee filter) rolled possibly the worst joint ever and inhaled that sucker like little Jewish Cheech and Chongs.

While our family argued on about gay rights, health care, birth control, and whether or not Meg Ryan had her ‘lips done’ (OMG who cares, and also, DUH. She became a blowfish.) My sister and I went to go watch TV on the 20-yr-old beat up, pullout couch that sank in the middle basically creating a mattress taco with us as the very stoned filling. We stared at each other, giggling like we were 9 and 12, all kinds of high. We tried to contain ourselves when our grandmother decided to come offer us some relationship advice by informing us that she and our grandfather no longer had sex because she could “hardly move her ass”. Ya know, just the image that every grandkid longs to emblazon in her mind … high … in a mattress taco.

The second time I got my sister high was a month after she found out she had stage 4 colon cancer. Metastasized. She’s 40 and the mother of four. Her cancer symptoms had been masked by her last pregnancy and by the time they caught it, it was everywhere. Her colon, gallbladder, liver and lymph nodes. Her doctor gave her 12 to 24 months to live, if she responded to treatment. There was no talk of recovery, or ‘beating this thing’, no words of encouragement.

Now I understand doctors often remain detached and provide just the facts. But I had hoped the center where she would start chemo would be a bit more compassionate. Nope. Three days before chemo was scheduled to start, she got a call from the treatment center telling her that because she had no insurance (which they knew from the start and yet STILL put a port in her – i.e., a hole in her body where the chemo gets delivered), they would not be giving her chemo when she was scheduled and basically wished her luck. This is the same center that made it clear to her that if she didn’t start chemo as soon as her body could handle it she would die within months.

The lack of empathy shown from this place was really just astounding. After a very long and stressful two days and with the help of a little Mama power, she got insurance and started chemo. I flew out to be with her and it sucked. She was sick to her stomach, lethargic, dehydrated, and jaundiced. Her boyfriend and I took turns calling the hospital to ask for advice and every time I was struck with how totally cold they were. We were just numbers. This wasn’t my sister to them; this was just a patient. Not a person, but a number. A statistic – and not a good one. It felt horrible. Had I not been experiencing the exact opposite treatment from a different group of providers at the same time, I can say without a doubt that my faith in humanity would likely have been lost. 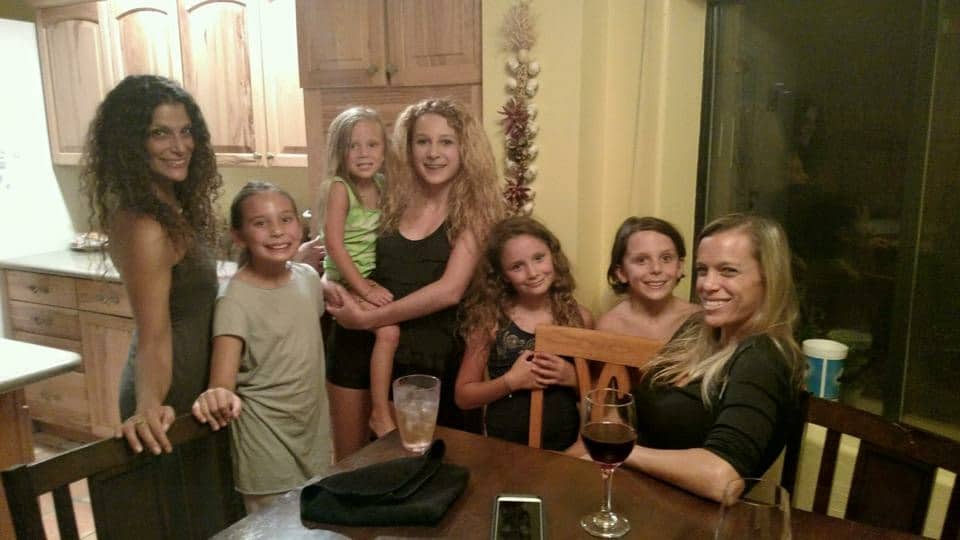 When I got the call that my sister was sick I did two things:

The first person I spoke to was Mama Tracy Ryan of Cannakids. If you don’t know Tracy’s story, she has been helping her little girl Sophie battle brain cancer since she was an infant by using cannabis. She founded and runs Cannakids and knows more about medical marijuana than anyone I know. She was the first person to give me hope by telling me about the healing properties of cannabis and how different organs have different receptors that process it. She told me of studies where cancer damage was actually reversed after treatment involving cannabis. She then went on to offer any services that she had at her disposal to help my sister. She was, and has continued to be, an amazing support.

The next person I told was my longtime friend, Tom Grubbs. Tom and I grew up together and not long after I moved to L.A., he moved to Oregon (about 2 hours from where my sister lives now). He is also a partner at the cannabis farm Moto Perpetuo Farm. From the second I told him what was going on, Tom rallied.

He informed (and I mean INFORMED) me that my sister’s cancer would be “attacked thoroughly” by cannabis and before I knew it, he had special cannabis oils made for her, connected me to a cancer survivor who beat it by only using cannabis, scheduled meetings for me with the oil creators so I could ask questions, and set my sister up with the product and supplies she needed. I never asked him to do any of this – he just did it. And since then, every single person that he has put me in touch with has gone out of their way to help me and Julie.

For the most part, these people have done these things without knowing either of us. And their involvement in my sister’s treatment didn’t end once we received their products. They call and text us through the worst of her chemo reactions, offering advice, an ear, hope. They hug us when they see us. They know our names. They tell me I’ve ‘got this’, even when I sure as hell don’t feel like I ‘got’ anything of the sort.

It’s a stark contrast to how we were treated on the other side by mainstream medicine. And here’s the most amazing thing: Since starting the cannabis treatment that all these phenomenal people have put together my sister not only feels better, but her tests are looking better. I don’t know what that will mean for her in the long run, but I do know that this wasn’t what the doctors were expecting. Now will they give the cannabis credit for that? Somehow I doubt it.

But I sure as hell can. Because I’ve seen her change. Cannabis isn’t a joke, a gateway drug, or whatever the hell propaganda we’ve been sold for years. It is a medical treatment, possibly a miracle. God, do I hope it is.

And the people who work in the cannabis industry, well, they aren’t that far off from angels in my opinion. Brilliant, hardworking, dedicated, and driven angels. They fly in the face of the image of burn out stoners who can’t get off the couch. These stereotypes and stigmas around cannabis – they have to end. We have this amazing, potentially lifesaving resource and because of years and years of misinformation about it, people aren’t using it. And those who do are judged and maligned. No. This needs to stop. We need to help change this. MOMS need to change this, because as one person in the industry recently said to me, “everyone knows that moms have all the power. Once moms embrace cannabis, game over.” Well, consider it embraced.

I think it’s pretty obvious by the way I started this post that I’ve been a cannabis user myself for years, and while I had already begun to advocate for its normalization before my sister was diagnosed with cancer, now I’m clearly all in. I’m a mom, a sister, a daughter and a person whose life is better because of cannabis and the cannabis industry.

How Cannabis Helped Me With Postpartum Issues

I used it for postpartum issues and now use it to treat my anxiety and insomnia. It works like nothing else ever has. I’m tired of hiding it. Tired of not talking about it. Why is it OK for moms to talk about wanting ‘ALL the wine’ but I can’t say I want my vape pen without being lambasted? How is drinking in front of my kids – and teaching them that drinking is OK when done responsibly – different than using marijuana in front of them and teaching them the same thing? It’s not.

My children are well aware that I use cannabis and that their aunt and friend Sophie are being helped by it. They are being educated about cannabis, not poisoned against it and they know that I have hope for my sister’s life because of it. How is there ever anything wrong with having hope?

So here’s a thing that I’ve learned when there is a crisis: Help and support takes many forms. Sometimes it’s a supportive text or a food delivery. Sometimes it’s a hug or laugh. And sometimes … if you’re lucky … it’s people who don’t ask what you need, don’t even tell you what they are doing until they’ve done it, they just make it happen and take you along for the ride. Those people? Those people are heroes. And in this story, it’s been the people in the cannabis industry that have been our heroes.

NOTE: My sister is still unable to work at this time and needs all the help she can get. Please consider donating to her cause.

Celia Behar is president of Lil’ Mamas, where this story was originally published.