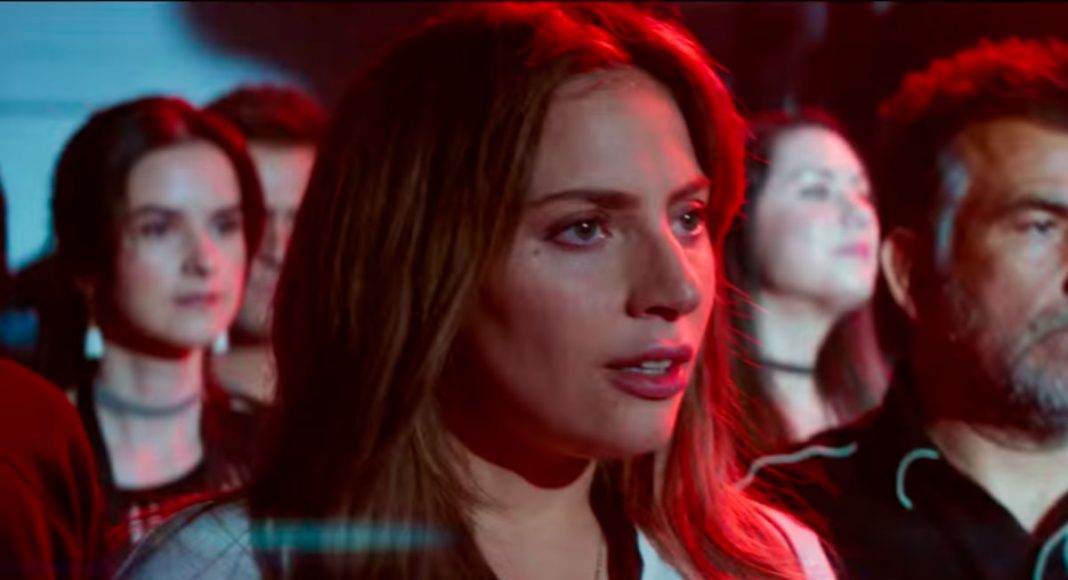 On Tuesday, just two days after Gaga, 33, was photographed kissing her monitor engineer Dan Horton, 37, during a Los Angeles brunch date, Horton’s ex-wife, actress Autumn Guzzardi, shared one of her headshots to Instagram.

Alongside the professional photo, Guzzardi, 37, chose to quote lyrics from one of Gaga’s Grammy-winning tunes in her caption.

Guzzardi, who is currently starring in the off-Broadway musical Rock of Ages, was previously married to Horton for five years. The two tied the knot in 2013, and Guzzardi’s most recent Instagram post of her Nashville-based ex-husband is from 2017.

In Feb. 2018, Guzzardi filed for divorce from Horton, citing “irreconcilable differences,” according to Tennessee court documents obtained by Radar Online. A marital dissolution agreement was settled upon by April 4, 2018.

“A lot of people would think it might be Tyler [Cameron] but now it can’t be Tyler because you’re going for drinks with him,” Kimmel said, referring to the moment on Tuesday’s live After the Final Rose special where Brown asked runner-up Cameron on a date following her split with winner Jed Wyatt.

“We’ll see where the drinks go,” Brown laughed, before adding, “It’s so weird picking the Bachelor from my ex-boyfriends.”

“These men are not your boyfriends,” the late-night host, 51, joked. “A casting director found them and brought them to you and you kicked most of them off.”

“I did do that,” Brown replied. “I thought Peter [Weber] was really great. Mike [Johnson]‘s great. I want them to have happiness so maybe it’ll work out better for them than it did for me.”

Facebook
Twitter
Linkedin
Email
Print
Previous article4 Ways Sex Can Have A Negative Impact On Your Relationship
Next article5 Videos Of Cute Animals To Get You Through This Week: July 29