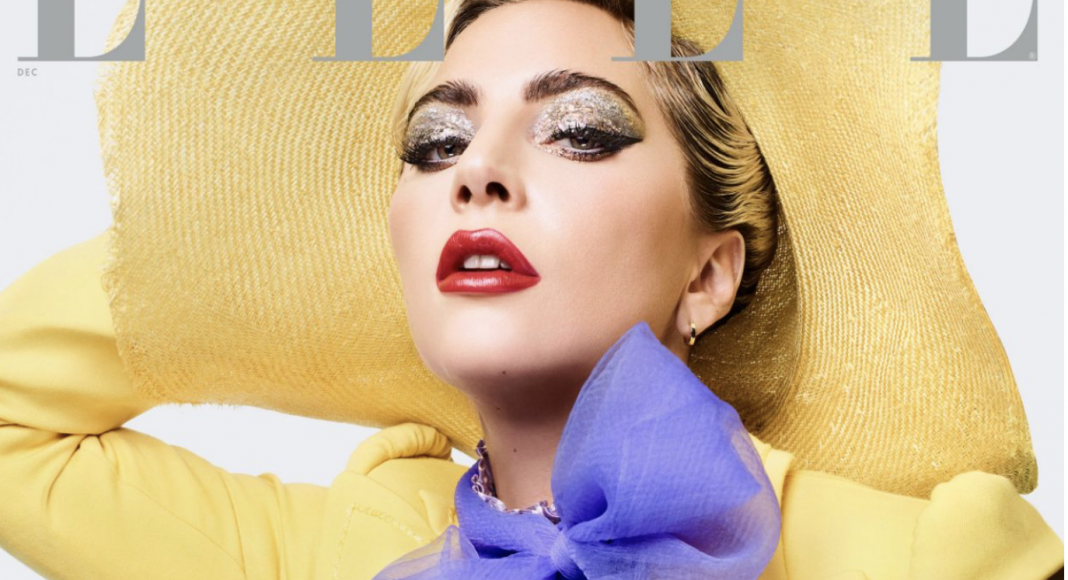 Lady Gaga on her A Star Is Born co-star Bradley Cooper: ‘Of course we wanted people to believe that we were in love.’; Kourtney Kardashian once again shows off her (barely there) stretch marks.

Lady Gaga speaks out about the Bradley Cooper dating rumors

Lady Gaga, who covers the December issue of Elle, touched on a lot of topics with interviewer Oprah Winfrey — including her rumored romance with Bradley Cooper.

Winfrey recalled asking her friend Cooper if there was something going on between him and his “A Star Is Born” co-star, who played a couple onscreen, after their smoldering Oscars performance. She went on to say, “He said his Catholic guilt would have never let him be able to look you in the eye at that piano,” as his then-girlfriend, Irina Shayk, looked on from the audience.

Winfrey praised Gaga’s handling of the gossip, to which the singer/actress/beauty mogul replied, “Quite frankly, I think the press is very silly. I mean, we made a love story. For me, as a performer and as an actress, of course we wanted people to believe that we were in love. And we wanted people to feel that love at the Oscars. We wanted it to go right through the lens of that camera and to every television that it was being watched on. And we worked hard on it, we worked for days. We mapped the whole thing out — it was orchestrated as a performance.”

After social media went crazy and the rumor mill ran wild, especially as Cooper split from Shayk a few months later, Gaga said she and Cooper agreed, “Well, I guess we did a good job!”

The women also talked about Cooper being — in Gaga’s words — “a beautiful father” to his 2-year-old daughter, Lea De Seine.

Kourtney Kardashian Gets Praised for Showing Off Stretch Marks

The Kardashians aren’t exactly known for being the world’s biggest proponents of unedited and unfiltered photos, but Kourtney Kardashian has been ditching Facetune and Photoshop lately. And head’s up: she just hit her lifestyle website POOSH’s Instagram account to get real about her stretch marks.

Kourtney posted a photo of herself in a bikini where you can see stretch marks on her thighs, and captioned the pic “Stretch marks: we’ve all got them.”

And her followers seemed to appreciate the authenticity, writing “Keeping it real ?❤️❤️,” and “That was a refreshingly positive and practical approach to stretch marks,” and the slightly more salty “About time ya’ll got real about something!!”

This is actually the second time this year Kourt has posted pictures of her stretch marks—she also shared this pic in August and fans were loving it: