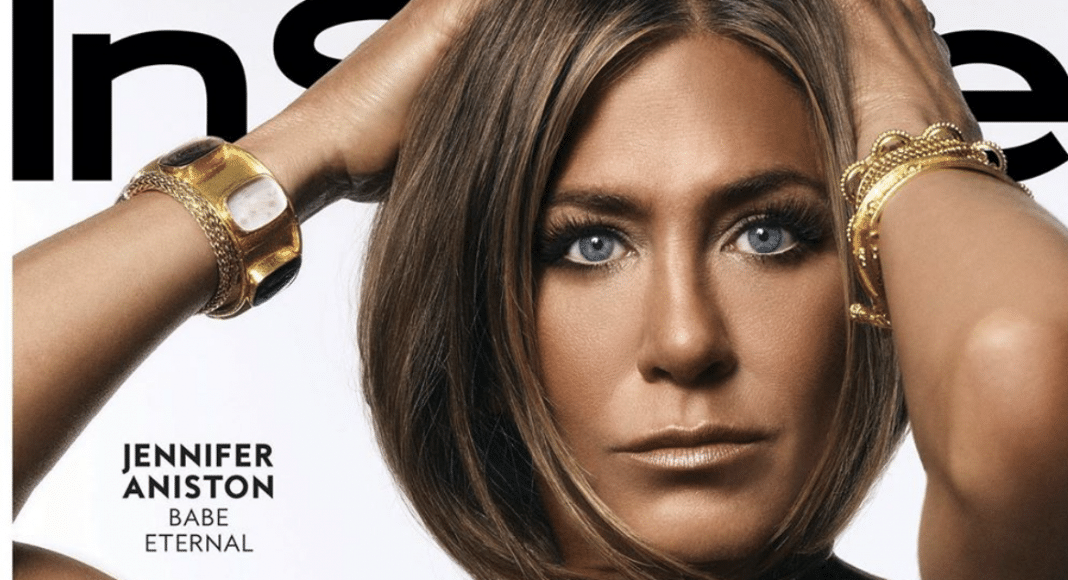 People are giving a side-eye to Jen Aniston’s new InStyle photo shoot because she looks…different; and Kensington Palace graces us with an adorable video of Princess Charlotte and her brother heading to school.

Jennifer Aniston is the latest to star on the cover of InStyle magazine, with five separate looks for the publication’s October 2019 Beauty Issue. But not everybody is happy about one of the actress’s unrecognizable looks.

In the first of the covers posted to InStyle’s Instagram page, the 50-year-old actress is rocking a strapless bra with a number of chunky gold jewels. However, the only thing standing out to readers is Aniston’s noticeably darker and airbrushed skin.

“Beautiful cover, but why is she ten shades darker than she really is,” one person questioned. Another wrote, “I don’t remember her being this dark.”

Others went so far as to say “This photo editor should be fired” and to suggest “What u [sic] did to her on this cover is insulting to her.”

While scrolling through the other covers, one commenter wrote, “At least she isn’t as black on this one — that other picture is horrifying,” referring to the first cover.

Aniston’s other looks, however, seem more favorable as fans call her “a timeless beauty” and even thank InStyle for the “amazing surprise.”

One person even pointed out that “this woman got better with age.”

It’s back to school season! Yes, even for royals. Princess Charlotte started school at Thomas’s Battersea London on Thursday (August 5), where her older brother Prince George has been enrolled that few years. Charlotte and George arrived together for the first day, looking adorable in their matching uniforms. The siblings were also accompanied by their parents, Kate Middleton and Prince William, each of them holding Mom and Dad’s hands at the drop off.

Though students are required to have the same backpack in addition to uniform clothing, Princess Charlotte added a personal touch to her own bag: a sequin unicorn keychain. Her mom also debuted a new hairstyle for the back to school season. The Duchess of Cambridge showed off her lighter, highlighted locks.

Kensington Royal shared a video of Charlotte and George’s drop off. While Charlotte appeared quite shy at first, hiding behind Kate and holding on to her mom with boy hands, she seemed like her confident, friendly self by the time the family was greeted by one of their teachers. Charlotte even stuck her tongue out (a classic move for the young princess) and waved to the reporters.

In the video, Prince William can be heard telling his children’s teacher that Charlotte is “very excited” for her very first day of school. She’s starting what’s known as her “reception year” at the school. According to the school, this means Charlotte will be encouraged to “play and explore; make choices and learn to have a go and persevere; be creative and solve problems; form good relationships; be safe, secure and happy.”

Facebook
Twitter
Linkedin
Email
Print
Previous articleBaby Boomers Now Smoke As Much Weed As High Schoolers
Next articleMeme Of The Week: A British Politician Slouching In Parliament Is The Internet’s Favorite Person