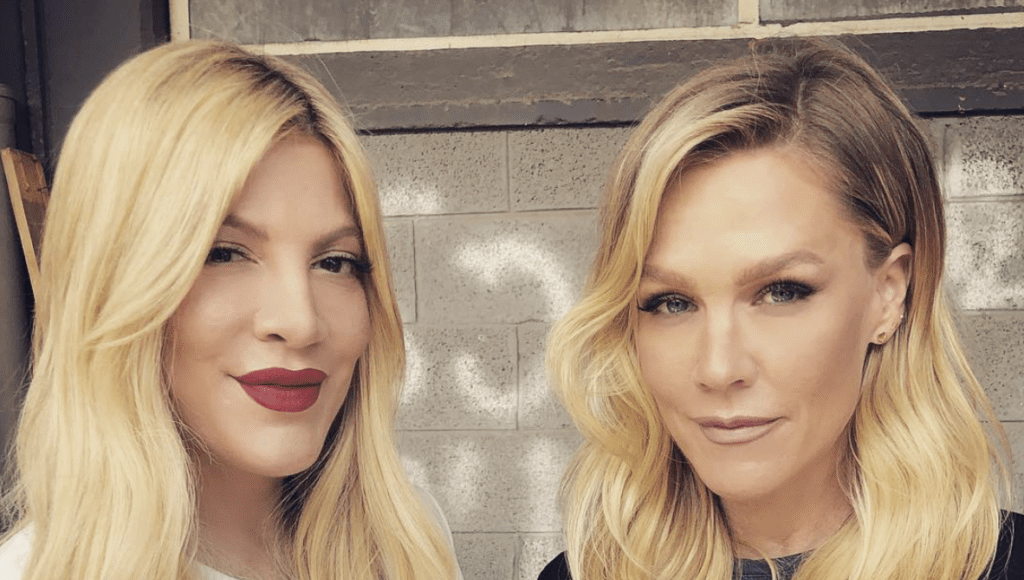 Jennie Garth reacts to fans accusing her of getting plastic surgery

Jennie Garth’s latest blast from the past has some of the actress’s fans asking, “Who’s that?”

Earlier this week Garth celebrated her return to her Beverly Hills, 90210 roots by posting a photo taken with her co-star and longtime friend, Tori Spelling.

Both Garth and Spelling shared the photo taken during a trip to Israel to film a commercial for CASTRO clothing. Although fans of the 47-year-old were excited to see the pair reunited, others said Garth looked “unrecognizable” and accused her of having plastic surgery.

The comments regarding Garth’s appearance prompted the star to reply directly to her haters.

“You seem so fake,” one commenter wrote.

“Oh Jennie! You are so beautiful and don’t need all that Botox!” another fan said. “Sadly you are unrecognizable here.”

The star took the high road and simply wrote back, “Thank you?”

The return of the series got just 1.29 million viewers, down from Season 15’s premiere of 1.36 million.

Move over Kim, Kanye West is finally becoming a major star of Keeping Up With the Kardashians — and RadarOnline.com has exclusively learned momager Kris Jenner hopes the new role will save the sinking show!

“Kanye is really in creative control of content for season 16 and that is why viewers saw such a different level of production value in the premiere episode,” a source close to the 63-year-old matriarch told Radar.

RELATED: Chris Evans Has ‘Chilled Out On Weed,’ But Not Acting

“Kris has decided to let him take the reign a bit, and she is just praying that his vision boosts ratings! He is telling her that things need to change, and she is putting her own vision aside for a minute to let him hop in.”

As fans know, the 41-year-old rapper starred alongside wife Kim Kardashian in their confessional interview on the season premiere.

After announcing that they were having a fourth child to her family, the superstar couple returned to Kanye’s hometown of Chicago to show daughter North West his childhood home and settle beef that Kanye had with fellow rapper Rhymefest.