By: Naughty Gossip
May 16, 2019
CelebrityGossip 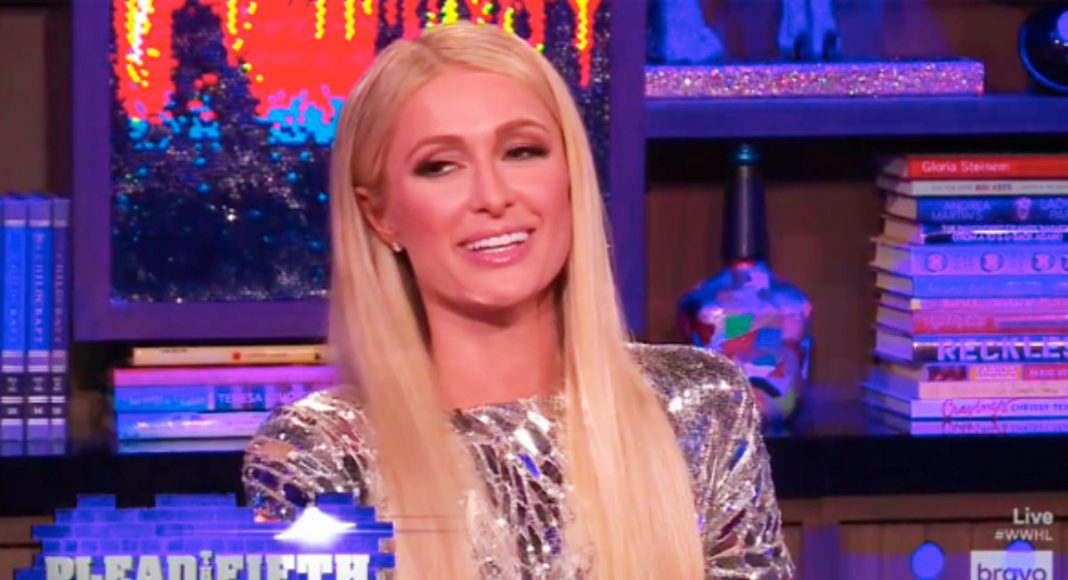 Paris Hilton sat down with Andy Cohen and Erika Jayne on Tuesday’s Watch What Happens Live!, and she didn’t hold back when it came time to play a game of “Plead the Fifth.”

Cohen started things off with one of Hilton’s most famous feuds, between herself and Lindsay Lohan, whom the heiress has openly expressed her disdain for in the past.

“She’s beyond,” Hilton said, contemplatively, before giving up on trying to find neutral adjectives and just dug in, adding, “lame and embarrassing,” as her other two “nice” things.

Although there were apparently nicer terms that Cohen had been expecting, he accepted that answer without hesitation, and moved on to his second question. Next, he asked about Hilton’s reported beef with Kim Kardashian back in 2011, supposedly over negative comments Hilton made about her body.

“I think it was the media just making something up,” Hilton said, before mentioning how Kardashian not only inspired her newly-released song, “My Bestfriend’s A**,” but also appears in the music video.

“Her a** is hot. I love it,” Hilton said, adding that she they’ve been friends for too long to ever really have beef. “We’ve know each other since we were literally two years old.”

Finally, Cohen wrapped up the interrogation by asking about whether or not there was any truth to the rumors that Hilton once made out with Miley Cyrus in a Miami nightclub.

The legend’s post, which he shared without a caption, garnered hundreds of thousands of views in no time, boasting nearly half a million in just a few hours.

Fans of the 75-year-old were quick to comment on the post, many expressing relief Jagger seemed to be his old self.

“Bravo the king is back!” wrote one fan.