Big cities are expensive, and so is navigating them. Whether you choose public transportation, ride sharing or your own car, you’re going to pay one for or another. But according to a new study, the latter may be the most expensive option.

Taking into account insurance, gas, upkeep, parking costs, and peak commuter times for “suburbs to city center trips mirroring the average commuting distance for the metro area,” the report finds that calling an Uber is probably the cheapest option, not considering surge pricing.

The stats: According to the report, the average cost of owning a car in New York City is $218 per week, versus $142 in Uber rides. In Chicago, that number dips to $116 per week for car owners and $77 for hailers. Washington D.C. is slightly more expensive averaging $130 and $96, and Los Angeles is the cheapest, $89 compared to $62. Dallas is the only city where it’s actually quite a bit cheaper to own your own car. 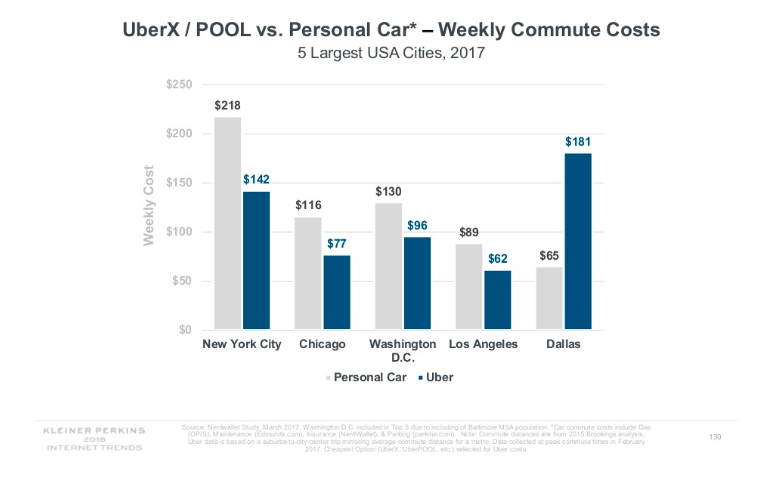 Fortunately, major cities have more options when it comes to transportation, so they’ll be just fine. Travel + Leisure points out that, for example, you can get a monthly MetroCard in New York City for $121, and a weekly unlimited card for just $32.