The Fresh ToastThe most trusted name in cannabis
More
HomeCultureThe New Stoner: It's Okay To Admit You Are One

The New Stoner: It’s Okay To Admit You Are One

The fast and friendly movement of cannabis over the last few years has reeled in a lot of first-timers, many of them senior citizens, who don’t think of themselves as stoners.

Jeff Spicoli in Fast Times at Ridgemont High. Cheech and Chong in Up in Smoke. The Dude in The Big Lebowski. They’re all lovable stoner characters.

This country’s version of the stoner guy has been pushed out to millions of viewers and movie goers for years. They are society’s misfits, fun-loving “soft” criminals good for a few laughs who all “used” marijuana to mess up their minds and derail their lives.

That was Hollywood back then. But even today, it pushes out versions of the stoner guy through shows like The Big Bang Theory (“Space Cookies”) or Roseanne (“A Stash from the Past”), with episodes where the main characters either intentionally or accidentally get stoned.

The “high” they experienced in these episodes, as created by the writers, was exceptionally dramatic — overly dramatic in fact, depicted as more of an “out of body” tripping experience — which was probably done that way just so network censors would be okay with the message: “Hey kids, don’t do drugs. Look what can happen.”

Widely seen movies and TV shows like those that depict what it’s like to get high are not intended to have any real educational purpose. These fictional misrepresentations are supposed to be nothing more than just entertainment.

But those shows do continue to reinforce the misguided narrative that cannabis is an evil drug that destroys minds and creates unnatural desires — an old and tired trope about cannabis that hasn’t changed in nearly 100 years, since the Reefer Madness movie and the reign of the racist anti-marijuana first commissioner of the Federal Bureau of Narcotics (the precursor to the Drug Enforcement Administration), Harry Anslinger. 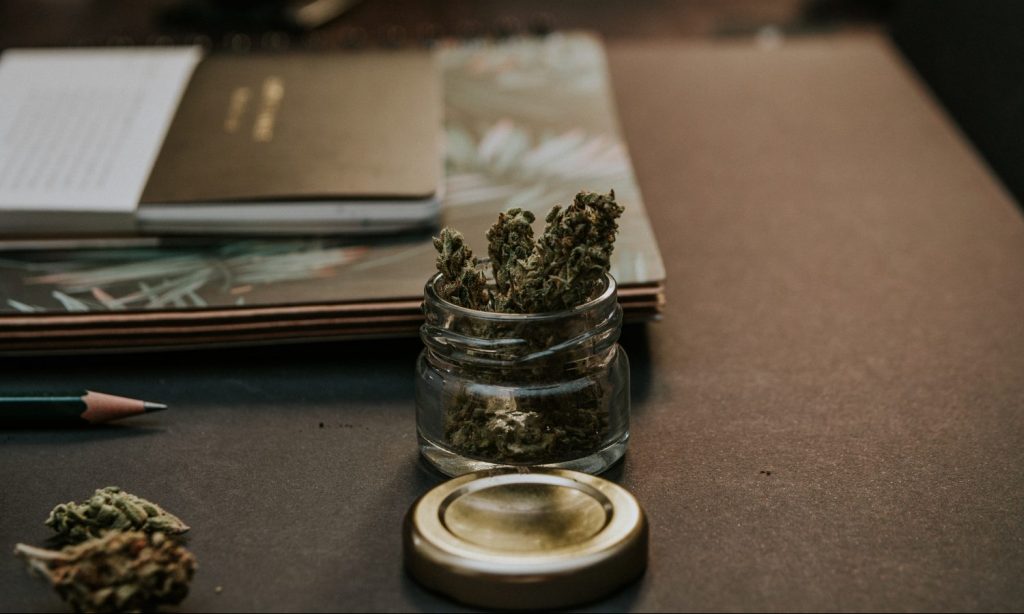 But all that fictional fact-free fluff is now bumping up against the reality that you, your buddy, your sister, your mom and dad, your dog, the esteemed college professor grading your term paper and, yes, even your grandparents, all have access to. They could all be actually “doing” different forms of CBD and cannabis right now. Today. Legally and daily.

BDS Analytics, a cannabis industry analytics and intelligence company, reported that nearly one-quarter of American adults are now cannabis consumers, with 29% of them admitting that they consumed cannabis in the past six months.

So guess what? It’s no big deal anymore if you admit to getting high. Sure, it can be a bit dicey to do that in a workplace setting because there are still plenty of companies (and federal businesses) in this country that have no-tolerance drug policies.

They are policies that generally mean any marijuana detected in your urine or blood gets you fired — but any prescribed poisonous and addictive opioids in your system are okay with those same policy guys, and any alcohol in your system is just a wink-and-nod don’t do it again sort of thing. Hey, what’s the problem with a narcotized drifty employee or a red-eyed beer-buzzed coworker making nice and showing up to (fake it through) work every day?

The fast and friendly movement of cannabis over the last few years has reeled in a lot of first-timers, many of them senior citizens, who don’t think of themselves as stoners even as they reach over to their bedside table to take a hit off a vape pen loaded with their preferred sativa strain before going to sleep.

Now this new group of today’s Spicolis or Dudes have questions about consuming cannabis correctly: What cannabis should I use to make sure I don’t get too high (low THC/high CBD)? What should I use if I don’t want to smoke but be discreet (topicals, tinctures, edibles)? I hear edibles are great but they take too long to have an effect. What about that? (There is a line of edibles with an effect that comes on in 5 minutes or less, or you can choose microdose edibles with 5 milligrams of THC in them.)

In short, cannabis manufacturers have been responding more quickly to the new cannabis consumer — the new stoner — with updates to their products that will make consuming cannabis just another thing you do either before going out, while you are out, sipping a THC-infused beverage at a bar, laying in bed reading, or doing just about anything anywhere at any time (except driving).

Of course all of this forward-thinking marketing and directed product development about another intoxicating substance continues to drive the anti-marijuana crowd into a frenzy. The increased consumption of cannabis today is confusing to them because it poses questions that they find difficult to address: If cannabis is so bad for people, why are more business people and high-dollar investors getting involved in it? If cannabis is so bad, why are people using it for relief of serious medical conditions like epilepsy? Or even more to the point: If cannabis is so bad for people, why have humans been consuming it for at least 6,000 years?

These are good questions that lawmakers, and anti-marijuana groups, are finding harder and harder to answer because, well, the facts and the science are stacked against them. And the twinkle in grandma’s eyes are sure proof that she’s in on it today too because it helps her through her day, rules and laws be damned.

Today’s stoner — that’s you, probably, if you are reading this — is practically a new demographic of its own that crosses over-21 age groups and occupations.

Today’s stoner is more and more free to talk about cannabis than even five years ago, because now 33 states and the District of Columbia have legalized some form of recreational and/or medical cannabis, with four more states coming.

The stigma discussion, the gateway theory, is now just some old white guy’s way of trying to impede the progress of a new cash-crop industry — an industry that is expected to generate nearly $47 billion in revenue worldwide by 2025.

Today’s stoner doesn’t have to ask permission or beg forgiveness.

For years, the cannabis consumers have been suit-and-tie guys, down-to-earth moms and dads, productive citizens of the country no matter how the media has tried to portray them. It’s just that now, amidst the overwhelming changes in state laws (including dozens of state cannabis policy reform bills), and more bills to help legalize cannabis now in Congress than ever before, today’s new cannabis consumers are peeking out of the shadows and promoting cannabis consumption for fun, as medicine, or as just an additional intoxicating substance for social lubrication.

And Hollywood? There’s actually a sort of subgroup of stoners of Hollywood celebrities. Being a stoner has been given the thumbs-up cool-crowd approval. Getting high is just another element of story-telling in a lot of Hollywood movies—and, well, in any Seth Rogen movie.

Does Consuming Marijuana Help You Lose Or Gain Weight?

THC has been shown to be an effective treatment for anorexia in animal studies, as well as severe weight loss in humans suffering from AIDS, but more work needs to be done.