People Are Losing Their Minds Over These 9 Himalayan Salt Products

Himalayan salt is a delicacy, something you might have heard from your mother who ranted on and on about the benefits it provides to your health, how it slows down the aging process of your body, and its deliciousness when used in the kitchen.

Aside from its cool pink color and your mother’s ramblings, you might not know much about Himalayan salt and the many ways in which it can be used. We’d like to introduce you to some of the stuff out there, how varied they can be, and why people are freaking out over it. By the time you’re through with this list, you’ll be a connoisseur.

A photo posted by Himalayan Salt Factory (@himalayansaltfactory) on Jun 27, 2016 at 8:14pm PDT

Inhaling salt doesn’t sound like the most pleasant experience, but Himalayan Salt Inhalers are extremely popular among asthmatics and people with allergies due to the great benefits they offer, giving you the feeling of spending a runny-nose day on the beach. 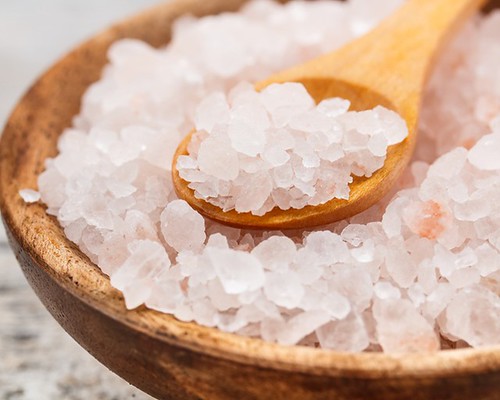 Exfoliation and salt scrubs are kind of the bread and butter of spas, so this product isn’t so surprising. You could recommend this to your Yogi friend, and go off about the benefits the salt will have on their skin and soul.

No, that is not a dinosaur egg; It’s a lamp. Made out of pink salt.

You might claim that it’s random and it might be, but it’s also pretty cool and we bet it would look great on your bedroom.

Does it itch? Will it leave your foot feeling like a baby’s butt? We don’t know, but we’re curious.

Because why the hell not have platters and utensils made out of salt, right?

Does it attract positive vibes? Sure!

Is it cute? Not really.

Take your salt to the shower.

Finally! Although cooking with that looks like a lot of hard work.

Should You Mix CBD With Your Morning Coffee?

Temperature changes CBD content in both hot and cold liquids. So, if you require precise dosing of medicine, it’s best not to dump your CBD oil into a hot cup of joe.
Read more