A Multi-Faceted Approach To Treating Multiple Sclerosis With Marijuana

Researchers have come a long way in understanding THC and CBD’s effects on other MS symptoms besides tremors, such as pain and sleeplessness.

More than two million people worldwide currently have a diagnosis of Multiple Sclerosis (MS). In the U.S. alone, an estimated 1 million people live with the neurological disease. Often misunderstood, MS affects the body in myriad ways, starting with the sclerotic nerves. Many who experience the debilitating effects of MS struggle with pain, loss of motion and dramatic lifestyle changes that can affect life-long happiness.

Individuals with MS also experience muscle stiffness (commonly called spasticity), a condition that the Multiple Sclerosis Association of America calls quite common among those that have the disease.

“Spasticity is a common symptom in MS. It is a tightness or stiffness of the muscles – occurring typically in the legs (calf or thigh), groin, and buttocks. Although less common, some individuals may experience spasticity in their back. These are all muscles that help people to stand and balance in an upright position.”

While muscle stiffness affects an estimated 90% of MS patients, a study of medical marijuana has shed light on how cannabinoids in weed may alleviate spasticity. Given a single marijuana cigarette, the double-blind study found that participants with MS believed their symptoms had improved.


RELATED: How Marijuana Helps A Father Of Two Living With Multiple Sclerosis

In a 2000 study, researchers worked with a 30-year old man with MS to find how his tremors were affected with the use of 5 milligrams of THC. Interestingly, when doctors compared the man’s handwriting and head movement before and after taking marijuana, his lines appeared cleaner without an obvious tremor. 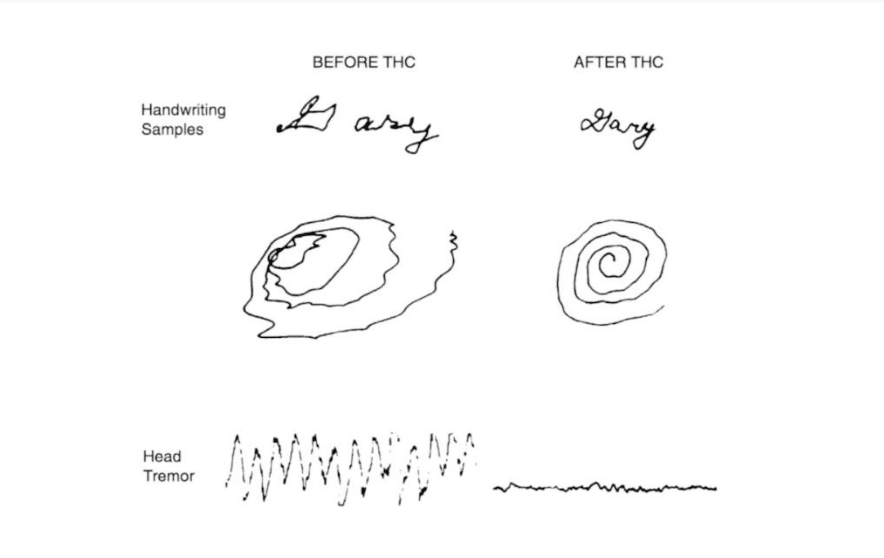 While the study was decades ago, researchers have come a long way in understanding THC and CBD’s effects on other MS symptoms, such as pain and sleeplessness. In fact, the National Multiple Sclerosis Society supports more research on the potential benefits and drawbacks of using the drug to treat MS and research is finally catching up to the demand.

Presented in May 2019 at the American Academy of Neurology Annual Meeting, research showed that the benefits of CBD and THC with, “long-term-effectiveness” in an Italian study. Researched documented, “After one month, 1502 (81.4%) of 1845 patients achieved ≥20% improvement in numerical rating scale for spasticity and 814 (40.2%) achieved ≥30% improvement.”

As with any substance, doctors advise speaking with your care team about adding THC or CBD to medicines already in the pill box, but there’s promising studies on the horizon and this may only be the beginning.

Facebook
Twitter
Linkedin
Email
Print
Previous articleDealing With Pandemic Weight Gain? Here’s What To Do
Next articleMarijuana Is Biggest Winner In The 2020 Election

With THC-infused beverages taking off in dispensaries and beyond, here are three things to know before you indulge.

Cataracts And Cannabis: What’s The Connection?