Michigan May Get Its Own Marijuana Stock Exchange

The Michigan Marijuana Market could be the key to overcoming barriers to participation in the booming cannabis economy.

January has been a watershed month for cannabis in the state of Michigan, as the Michigan Marijuana Regulatory Agency announced sixteen proposed changes to the state’s cannabis laws and regulations. Aimed at improving access to capital for people of color seeking to break into the cannabis market, this initiative also seeks to address other hurdles commonly faced by minorities in the marijuana industry.

These obstacles include overwhelmingly bureaucratic application processes, prohibitive licensing fees and wait times, and the outsized impact of the War on Drugs for communities of color. Should the changes be implemented, Michigan would boast the most progressive social equity program in the nation, thanks in large part to the MRA’s Racial Equity Advisory Workgroup (formed in July 2020). 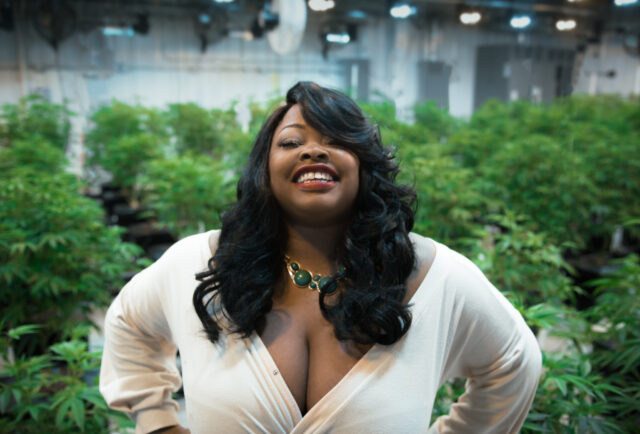 Cimone Casson is a Workgroup member, owner of cannabis insurance brokerage firm Cannas Capital, Michigan Chapter President for Minorities 4 Medical Marijuana, and the driving force behind another initiative that is poised to push Michigan to the forefront of social equity. Casson’s objective is to create a local stock exchange, the Michigan Marijuana Market, that focuses on raising capital for minorities in local communities impacted by the War on Drugs.

The crowdfunding platform, to be housed and supported on the MRA’s website, would serve as a portal for local marijuana investors and businesses located in impacted areas. Though the MRA would operate the Michigan Marijuana Market, a broker-dealer would have oversight over the project and assets would be held by a state-chartered custodial bank. The MMM would be a solely intrastate investment system targeted towards minority-owned and capitalized businesses.

RELATED: Black Leaders Step Up To Battle Inequity In The Cannabis Industry

As the Michigan Marijuana Regulatory Agency’s Subcommittee Chairwoman, Cimone Casson is working with director Andrew Brisbo to develop the Michigan Marijuana Market as a means not only of assisting local minority-owned businesses in gaining access to capital but providing a pathway for minorities to build wealth and strengthen their local economies.  “We must provide a consensus pathway to rebuild communities and offer a viable entry for minorities into this market,” Casson says. “Local stock exchanges have historically boosted the likelihood of success for locally-owned businesses, which are critical to a community’s economic, social, and political vitality.”

Social equity is always top of mind for Casson whether in regards to her own business, Canna Capital, or her work in the regulatory environment. The MMM involves leveraging existing Michigan state laws such as the M.I.L.E. Act (Michigan Invests Locally Exemption), which allows small businesses to raise capital by reaching out to Michigan residents to invest in their companies, and the M.I.M. Act (Michigan Investment Market Act), which regulates a class of intrastate broker-dealers and facilitates intrastate securities transactions among individuals. Still, as the MMM proposal will almost certainly require funding for administrative costs, additional legislative changes will be necessary in order to launch and maintain the initiative.

Passing MMM-supportive legislation in a Republican-dominated legislature will pose a challenge, but Casson is confident that the Michigan Marijuana Market could be the key to overcoming barriers to participation in the booming cannabis economy and building generational wealth in communities that have yet to reap its considerable rewards.

Facebook
Twitter
Linkedin
Email
Print
Previous articleUS Goes To Mars, But Still No Effective Marijuana Breathalyzer
Next articleTravel Is Getting A Much Needed Boost Thanks To This Demographic

Data shows that medical consumers tend to purchase more product at one time than recreational consumers.

Is Flower Losing Its Power?