In the nearly five years since the Etsy closure, the Sisters jumped from one platform to the next. As their sales grew, the rates and services they received improved.

The cannabis growing “nuns,” Sisters of the Valley, are back on Etsy.

After five years off the platform, being reunited feels so good, the Sisters joke. “When Etsy rudely shut down our store in March of 2016, we thought for sure we were going to go under,” says Sister Kate. 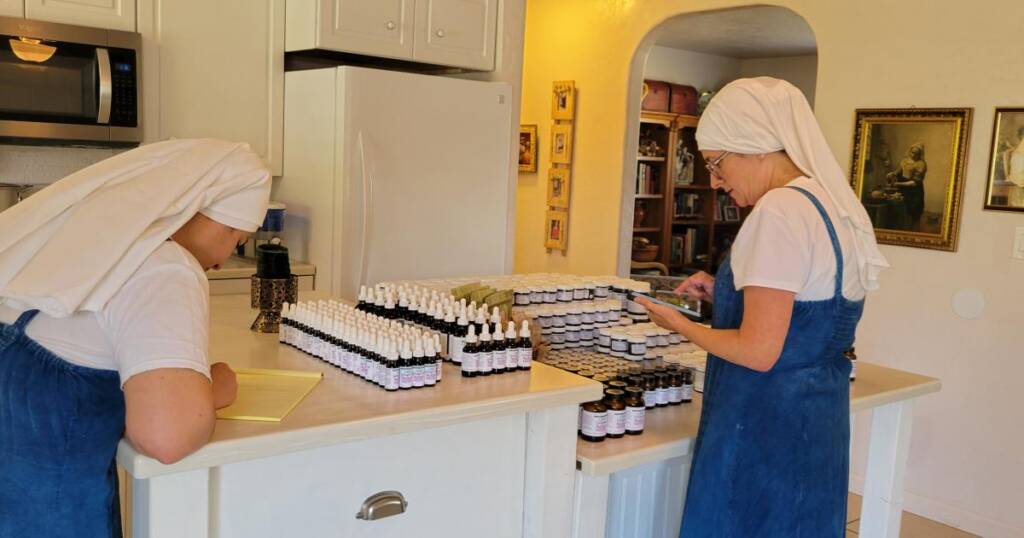 At first, it felt personal. After a fruitful 15-month relationship with the online retailer, which was driving more than $30,000 in monthly sales, being shut down overnight was a tough blow. However, the Sisters quickly learned that many other shopping platforms and credit card payment platforms around the world had also suddenly stopped serving the hemp industry in March of 2016.

Determined to move forward, the Sisters recruited university students to help them build a new online store. Sister Kate found a new credit card provider and they were back in business four days later.

In fact, the Sisters now say that Etsy was “very good” to them during the transition, despite the circumstances, allowing the women to continue to communicate with their only customer base for a reasonable period thereafter.

A post shared by Sisters of the Valley (@sistersofthevalley)

In the nearly five years since the Etsy closure, the Sisters jumped from one platform to the next. As their sales grew, the rates and services they received improved.

International sales started to spike as well, representing 20% of their total revenue and getting to a point where UPS started to court them so they’d switch their international shipments from the US post office to UPS, the team shared.

But the experience with UPS was far from ideal. The company would return packages and question the nature of the shipments.

COVID would make things even harder. With international shipments coming almost to a halt, their offshore sales dropped from 20% to 4%. And, when it seemed it couldn’t get any worse, it did.

RELATED: This Grandma Went From Christian Minister To CBD Evangelist

Another hard knock to international sales.

A post shared by Sisters of the Valley (@sistersofthevalley)

In response to this move, the Sisters returned to Etsy, opening a store that ships worldwide. They have come full circle.

When Etsy shut down the Sisters’ shop nearly five years ago, the team had only a small line of CBD products. Today, they have a wide range of products, many of which have no CBD and therefore, should not be subject to international shipping restrictions.

The sisters will now operate two stores as they pivot from the new restrictions. They will continue to sell their CBD products domestically and to all the countries they can via their sistersofthevalley.org store while fulfilling a slightly modified product line on Etsy.

Some products will be available from one store and some products from another, based on the fluctuating laws. And this is the dance the Sisters will move to in order to keep their doors open during these tough economic times and harsh regulatory changes.

This article originally appeared on Benzinga and has been reposted with permission.
Facebook
Twitter
Linkedin
Email
Print
Previous articleThroughout The Pandemic, This Health Risk Has Been Rising In Americans
Next article5 Reasons Why You Should Invest In A Weed Grinder