How 5 People Cover Up The Smell Of Marijuana

Though us consumers may love the intricate and unique smell of each type of cannabis we consume, we want to exist under the radar sometimes. Let these tips help you stay low key.

As commonplace and cool as cannabis is becoming, it’s still not welcome everywhere. It’s also pretty illegal to partake publicly, especially when traveling or visiting a new place. Covering up those fragrant clouds that give you pleasure may be the only way to indulge when in the presence of haters and people that can get you in trouble.

Masking weed smells is pretty new in the context of weed. We’ve had weed in sarcophagi of ancient Egyptians for 5000 years but prohibition for less that 100 years. Rest assured that won’t last for too much longer as we pass the tipping point of legalization and hopefully normalization.

We chatted with five proud weed smokers about what steps they take to avoid the narc patrol. Though us consumers may love the intricate and unique smell of each type of cannabis we consume, we want to exist under the radar sometimes. Let these tips help you stay low key.

“Generally I prefer to light sage or palo santo, maybe some nag champa, but let’s be real it’s just gonna end up smelling like weed sooner or later.”

“[Growing up] It was a mixture of hotboxing the car and then waking around the mall paranoid that I was convinced my friends and I stunk, we probably did too. [Today] I just try to air out. Nowadays I don’t care if I smell like weed, get over it!”

“I use essential oils to cover the smell of cannabis, generally I’ll put some lavender on the back of my right hand and maybe some lemon balm on the back of my left hand and if someone asks I tell them I’m an EO freak and I wear a ton of them and the combination MAYBE smells like marijuana to them. And I let them smell the two hands independently if they want ([this]has happened 2 out of 100 times). At home I use essential oils in a diffuser or burn sage or Palo Santo.” 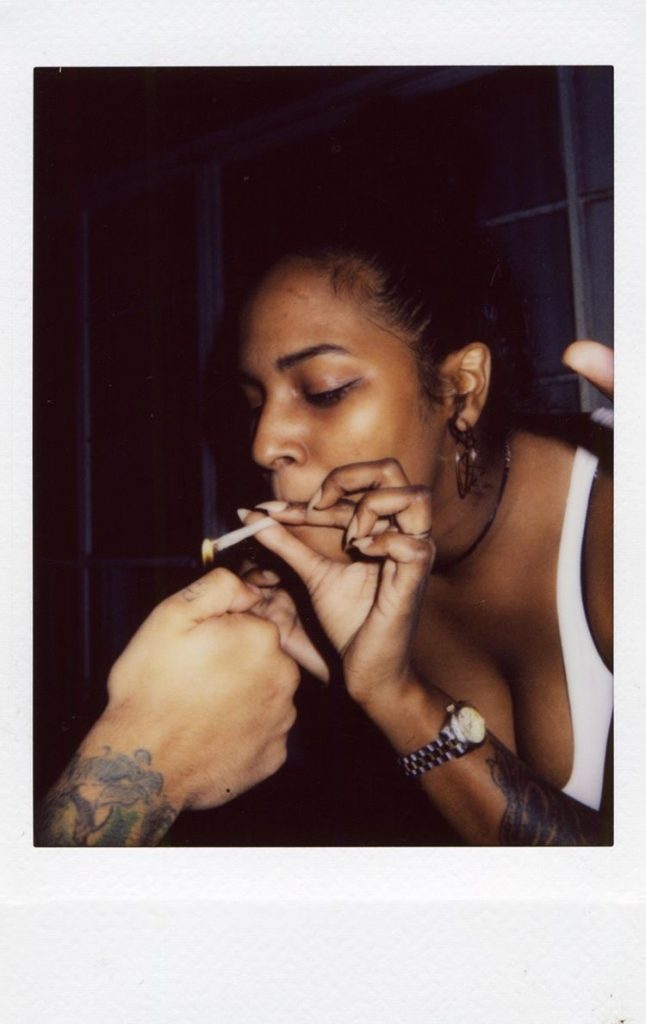 “In desperate times i’ve boiled fabuloso because it smells so strong that it will literally cover up any smell (i don’t recommend anyone boil chemicals lol). I’ve stopped caring about covering the smell of weed now, so these days I just light an incense after I smoke.”

“As much as I love the smell of a smoking session I also want to be courteous of my neighbors. I crack open a window and I burn my Fern + Moss Candle by Brooklyn Candle Studios. It’s in my web shop as the only candle because I really did test it to make sure that it covered up the weed smell but not in a way that made the weed smell worse. It’s a green, natural scent and really plays with the aroma of weed—- if anyone comes knocking I can says it’s my candle.”

Facebook
Twitter
Linkedin
Email
Print
Previous articleWhat Impact Does Marijuana Production Have On The Ozone?
Next article5 Tips That’ll Help You Eat Better After Working Out

Why I Use Cannabis To Help Treat My Adult ADHD

Double Down On Adulthood With This Cannabis Crème Brûlée