A new poll out of Georgia reveals that most voters in the peach state are in favor of legalizing recreational marijuana.

In the exclusive poll commissioned by 11Alive News, 55 percent of state voters want weed legalized, up from 48 percent two years ago. Thirty-five percent think marijuana should remain against the law, down three percent from two years ago.

According to 11Alive News:

It helps that medical marijuana has already laid the footwork since the state’s first medical marijuana bill was passed in 2015. And that Georgia Gov. Nathan Deal recently signed a bill expanding the law to include those suffering from PTSD.

Not only is marijuana possession in Georgia a criminal misdemeanor, the state has some of the harshest laws in the country when it comes to this offense, with those getting busted for less than an ounce of marijuana running the risk of being sent to jail for a year and paying fines reaching $1,000, as The Fresh Toast has previously reported. 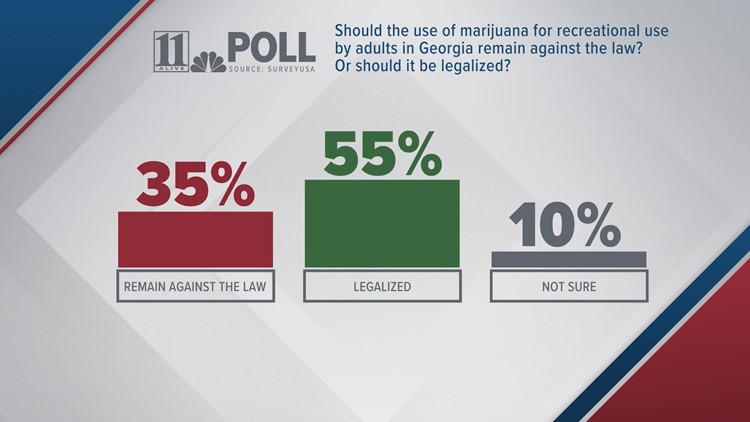