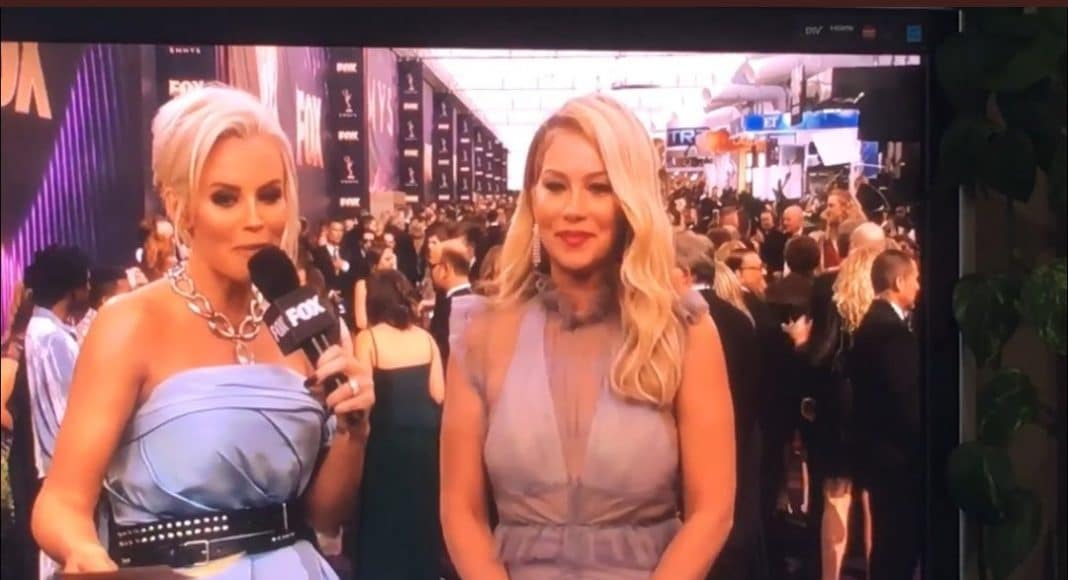 The Duke of Sussex is seen adorably brushing Meghan Markle’s hair off her shoulder; Jenny McCarthy forgot Christina Applegate had her own show prior to her Emmy nod for “Dead to Me.”

Prince Harry and Meghan Markle have touched down in South Africa for their royal tour, but the viral moment of their trip has nothing to do with their advocacy or even baby Archie Harrison Mountbatten-Windsor, but instead the Duchess of Sussex’s hair.

Fans of the couple are currently gushing over a brief moment, which was caught on-camera, of Harry adjusting her ponytail after it shifted while in Cape Town’s Nyanga Township. The Duke has a history of doing this, particularly in September 2018 for the launch of her community cookbook. Still, the small gesture seems to be everything that their fans could want — in the most (and least) PDA way ever. During their trip, they reportedly visited a workshop that teaches youth about their rights.

“Harry and Meghan will begin their tour in a township in Cape Town where the royals will view a workshop that teaches children about their rights, self-awareness and safety and which provides self-defense classes and female empowerment training to young girls in the community,” as per a statement. Additionally, they’re set for 35 more engagements in just 10 days.

Christina Applegate Had No Time For This Cringeworthy Jenny McCarthy Interview

Jenny McCarthy proved she did not read Christina Applegate’s bio on the Television Academy’s website before interviewing her on the 2019 Emmy Awards red carpet Sunday night.

During their chat before the award show on Fox Network, McCarthy mentioned that she knew that the “Bad Moms” star — who was nominated for Outstanding Lead Actress in a Comedy Series for her turn as Jen Harding on Netflix’s “Dead to Me” — had been “nominated” for a guest role on “Friends” in the past. McCarthy, a judge on Fox’s “The Masked Singer,” then proceeded to make the rest of the interview incredibly awkward by saying:

“Tonight you’re nominated for your own show. What’s that like? First time, right?”

In response to McCarthy’s question, Applegate channeled the fury of her “Dead to Me” character and responded with: “Um, well, no … ‘Samantha Who?’ a couple of times. But it’s OK. We don’t have to talk about that.”

Applegate actually won an Emmy in 2003 for Outstanding Guest Actress in a Comedy Series for her portrayal as Rachel Green’s sister Amy in “Friends” and was nominated again in 2004. What made McCarthy’s question even more cringy was that Applegate has been nominated twice before — in 2008 and 2009 — for Lead Actress in a Comedy Series for playing Samantha Newly in ABC’s “Samantha Who?” — a show Applegate also co-executive produced.

McCarthy added that she remembers watching Applegate on TV when she was young and wanted to be her when she grew up, which was particularly odd being that McCarthy, 46, is only a year younger than the 47-year-old Applegate.