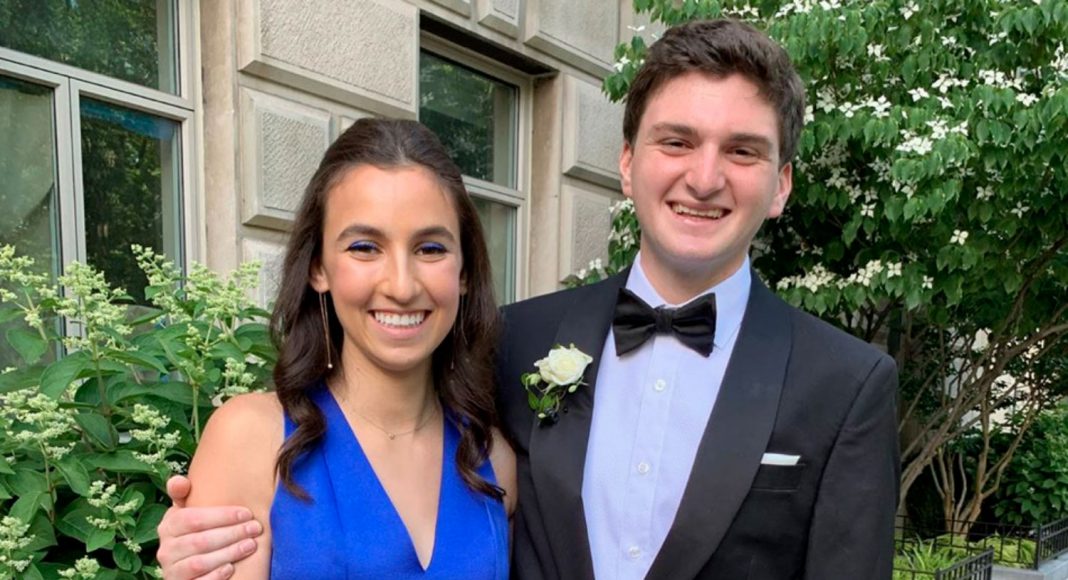 One father who ended up in his child’s prom photo, though probably not in the way that he intended, was Jerry Seinfeld, who accidentally photobombed a picture that his wife, Jessica, took of their daughter, Sascha, and her date, Jack.

Jessica posted the shot of the couple on Instagram, Friday, with the caption, “I could not resist posting Couple of The Year and Jerry’s Rear. #PromRound2.” Sascha wore a long, kelly-green spaghetti-strap dress, and Jack wore a black tux, white dress shirt, and a black bowtie.

The Daily Mail notes that among the comments on the photo was one from bigspoonroasters: “Comedians in Shrubbery Bending Over,” a nod to Jerry’s Netflix show, Comedians in Cars Getting Coffee.

Katy Perry and Taylor Swift are putting their years-long feud behind them — and are raising fans’ hopes of a possible collaboration in the process!

On Tuesday, the “Never Really Over” singer, 34, posted a photo of a plate of chocolate chip cookies with “Peace at last” written in red icing above the treats. Two sprinkled peace signs were also drawn on each side of the celebratory icing phrase.

“feels good @taylorswift,” Perry cheerfully captioned the Instagram photo, which Swift, 29, was tagged in and commented 13 pink heart emojis on — her lucky number that she often references.

But that wasn’t all: Perry also included the geotag location of “Let’s Be Friends” in the post — which had some fans hoping that it would be the title of the singers’ upcoming collab.

Facebook
Twitter
Linkedin
Email
Print
Previous articleDoes Hitting The Snooze Button Help Or Hinder Our Sleep?
Next article5 Things You Should Know Before Traveling With Cannabis In Your Car