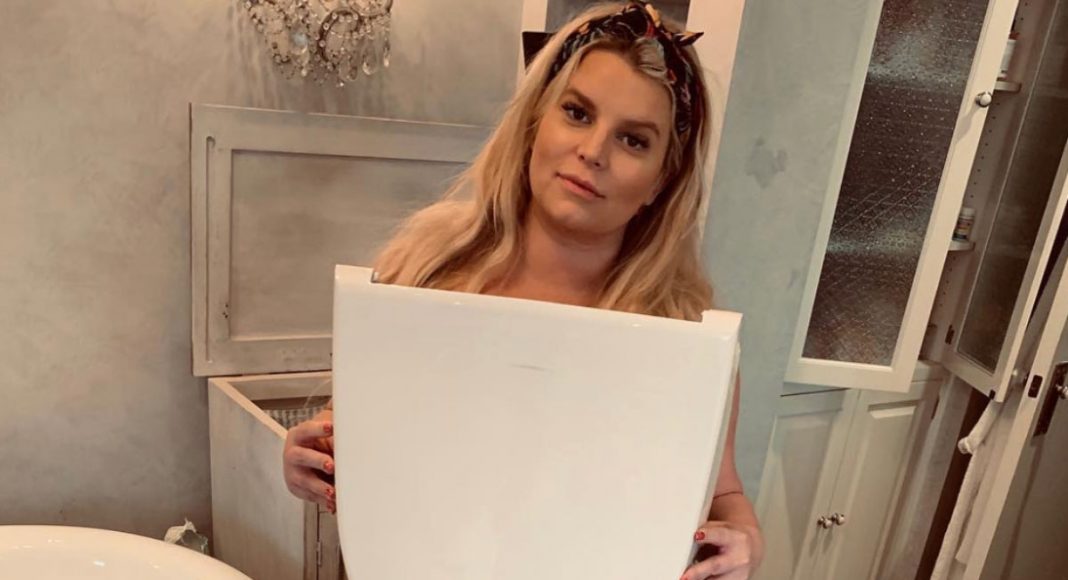 Jessica Simpson will never stop being real about the struggles of pregnancy, and we love her for it.

The 38-year-old fashion designer took to Instagram on Tuesday to share her latest pregnancy mishap: breaking her toilet cover. Simpson, who is currently expecting her third child with husband Eric Johnson, hilariously posed with the broken-off piece of her toilet, showing the awkward moment to her followers.

“Warning…Don’t lean back on the toilet when pregnant ??‍♀️,” she captioned the pic, prompting many fans to share their own relatable stories in the comments, like how they also broke toilet seats while expecting.

The “Shallow” singer, who earned three Grammy wins on Sunday night, came to the defense of Cardi B after the 26-year-old “I Like It” rapper was criticized after her best rap album win.

Alongside a photo of the pair together at the awards show, Gaga, 32, wrote a supportive message to Cardi and encouraged social media users to “lift her up” in a tweet posted on Tuesday evening.

It is so hard to be a woman in this industry. What it takes, how hard we work through the disrespectful challenges, just to make art. I love you Cardi. You deserve your awards. Let’s celebrate her fight. Lift her up & honor her. She is brave. pic.twitter.com/lunY27vn3E

RELATED: Want A Hit Pop Song in 2019? Do A Crossover, Study Says

“It is so hard to be a woman in this industry. What it takes, how hard we work through the disrespectful challenges, just to make art,” she wrote on Twitter.

“I love you Cardi. You deserve your awards. Let’s celebrate her fight,” Gaga added. “Lift her up & honor her. She is brave.”

Michelle Obama’s mom was not impressed by her Grammys gig: ‘Did you meet any of the real stars?’

While the former FLOTUS scored a standing ovation as she helped open Sunday’s show alongside Lady Gaga, Jada Pinkett Smith, Jennifer Lopez and Alicia Keys, a text she’s shared from her mom, Marian Robinson, undoubtedly put her ego in check.

“I guess you were a hit at the Grammys,” Robinson, who quietly lived in the White House during former President Barack Obama‘s two terms, wrote her famous daughter.

RELATED: ‘Sit Back And Smoke Gelato’: Rappers Love Rapping About These Marijuana Strains

She goes on to text that she watched the awards show, then delivers this cutting remark: “Did you meet any of the real stars or did you run right after you were done?”

Her daughter evidently wasn’t stung by the remark, joking, “I am a real star … by the way.”