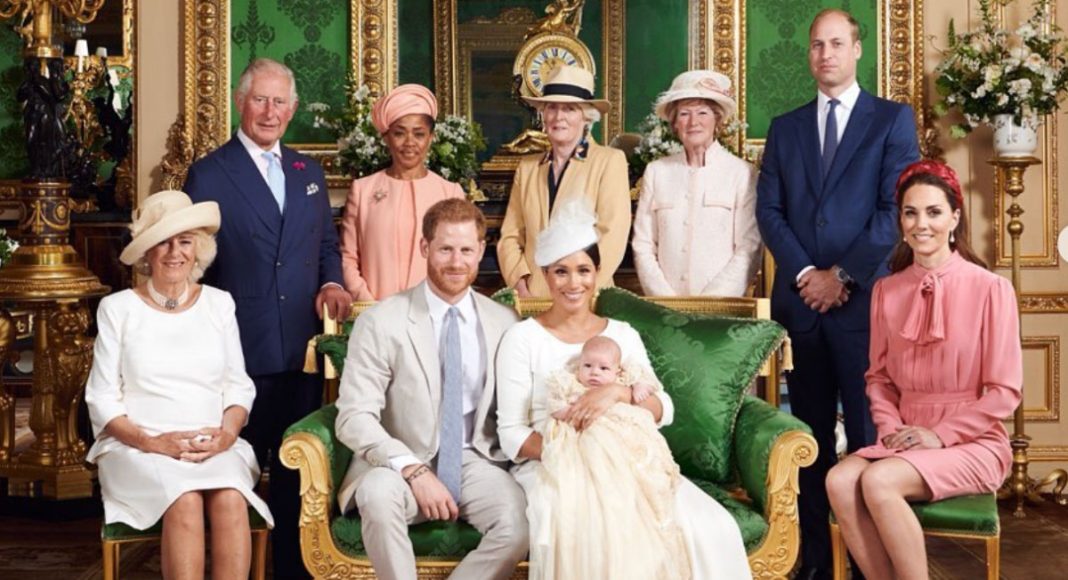 Thomas Markle revealed to The Daily Mail that he wasn’t invited to Archie’s private christening this weekend, though Duchess Meghan’s mother, Doria Ragland, was in attendance.

“I have been asked if I would have liked to have gone to Britain to see my new grandson being christened,” Thomas, 74, said in an interview published Sunday. “I was an altar boy at age 12, a confirmed member of the Queen’s church at age 14, and Archie is my new grandson, so of course I would have enjoyed being there for the blessing, wishing Archie and his parents health and happiness.”

The Daily Mail reports that though Thomas was raised Anglican, Duchess Meghan wasn’t baptized as a child because Ragland didn’t share Thomas’ religious beliefs. Thomas and Ragland wed at the Self-Realization Fellowship Temple in Los Angeles.

The Temple reportedly follows the teachings of guru Paramahansa Yogananda, who endorses yoga and deep breathing to achieve spiritual enlightenment.

Duchess Meghan, 37, was baptized in the Church of England before her royal wedding Prince Harry.

The twice-married Game of Thrones actress formally tied the knot to Joe Jonas in a close-knit wedding in the south of France last Saturday (June 29). Although the newlyweds previously got hitched in a spontaneous ceremony in Las Vegas after attending the Billboard Music Awards in May, the duo officially celebrated their walk down the aisle surrounded by family and friends at Château de Tourrea late last month.

As it goes, the lovebirds are currently enjoying their honeymoon overseas and have been taking a break from social media accordingly. However, Turner broke the ban briefly yesterday to express her feelings about the outcome of the Women’s World Cup 2019 — and slipped a glimpse at the sparkler she received from Jonas.

RELATED: What Sophie Turner Learned From Her Game-Of-Thrones-Style Sex Education

“Okay, I’m on my honeymoon. I’m not really looking at my phone much,” Turner told her fans via an Instagram Story, “But I feel like, um, this deserves a mention. Unfortunately, the U.K. women’s football team lost at the World Cup.”

“Um, and of course I’m incredibly sad and incredibly proud of that team, but I am so honored that we lost to such an incredible team, the U.S. women’s football team,” she continued in the clip, occasionally flashing the ring finger bearing her glistening diamond rock. (See the video and a close-up shot below.)

Turner posted the first image of the stunning gown she wore on her wedding day earlier this week as well. As previously reported, the 23-year-old donned a white Louis Vuitton dress design by Nicolas Ghesquière that featured a full skirt, capped sleeves and a flowing matching veil.