By: Naughty Gossip
May 3, 2019
CelebrityGossip 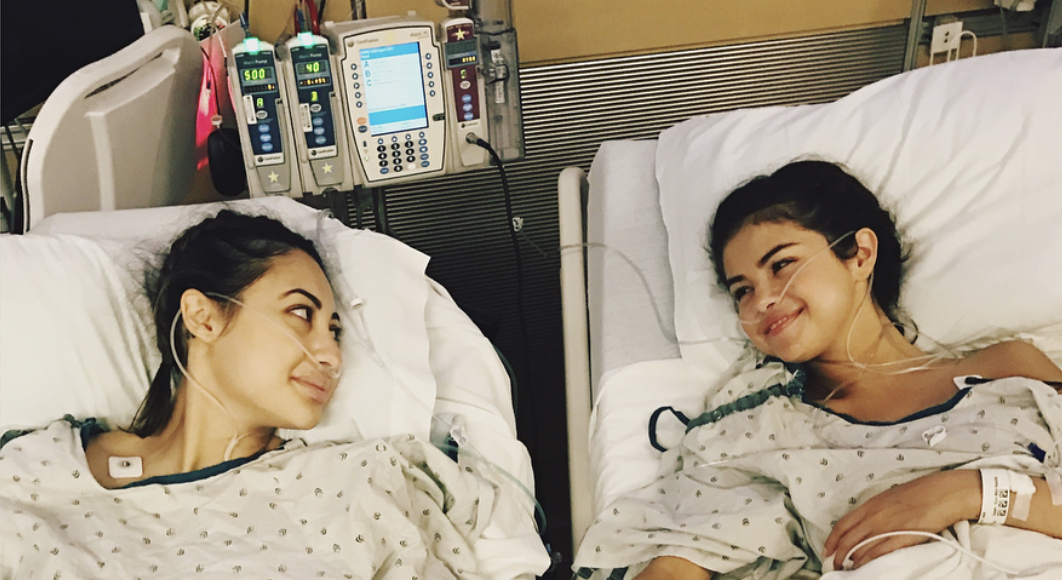 Singer and actress Selena Gomez said she’s designed a bathing suit that would cover kidney transplant scars — including her own — as a part of a new swimwear brand started by close friend Theresa Mingus.

Gomez posted part of a video to her Instagram where she discussed the inspiration behind one of the swimsuits that will be featured in Mingus’ new brand, Krahs.

Working with Selena was a dream come true! Her dedication has always inspired me and working with her to design her suit was no exception.

“I did really have a good time designing. It was fun,” the 26-year-old star said of the high-waisted bikini that features a belt.

“I’ve had a kidney transplant and I like bathing suits that kinda cover where that’s been and make me feel comfortable.”’

Gomez, who in 2015 opened up her ongoing battle with lupus, underwent kidney transplant surgery in 2017. Later that same year, she revealed that the donor of that kidney was good friend Francia Raisa.

After releasing a new surprise album, titled ‘Kamikaze,’ Eminem appeared to reignite his feud with President Trump, with some of his new songs taking jabs at the commander in chief.

Justin Bieber slammed Eminem for hating on the new generation of rappers and said the “Bad Influence” singer just “doesn’t understand.” Bieber gave his thoughts on Eminem in his Instagram Stories.

“I JUST LIKE EMS FLOW BUT DON’T LIKE THAT HE’S DISSING NEW RAPPERS,” Bieber wrote Wednesday. “I LIKE THE NEW GENERATION OF RAP. HE JUST DOESN’T UNDERSTAND IT.”

Bieber didn’t go into detail on what he was referencing, but Eminem has been known to call out rappers such as Drake, Lil Pump, Lil Yachty, Tyler the Creator and Machine Gun Kelly.

Eminem even mentioned Bieber in his 11-minute freestyle “Kick Off” he released last December.

“Justin Bieber in a Catholic school / Selling dust and reefer when your back is to him,” he raps.

“Tyler create nothin’, I see why you called yourself a f—t, b—h,” Eminem raps in the song. “It’s not just ’cause you lack attention / It’s ’cause you worship D12’s balls, you’re sacrilegious / If you’re gonna critique me, you better at least be as good or better.”

In the track “Killshot,” Eminem takes aim at Machine Gun Kelly, who earlier released the song “Rap Devil” dissing the “Love the Way You Lie” singer.

“You sound like a b—h, b—h,” Eminem raps in the first line. He later raps, “You ain’t never made a list next to no Biggy, no Jay, next to Taylor Swift and that Iggy ho, you about to really blow.”