By: Naughty Gossip
May 24, 2019
CelebrityGossip 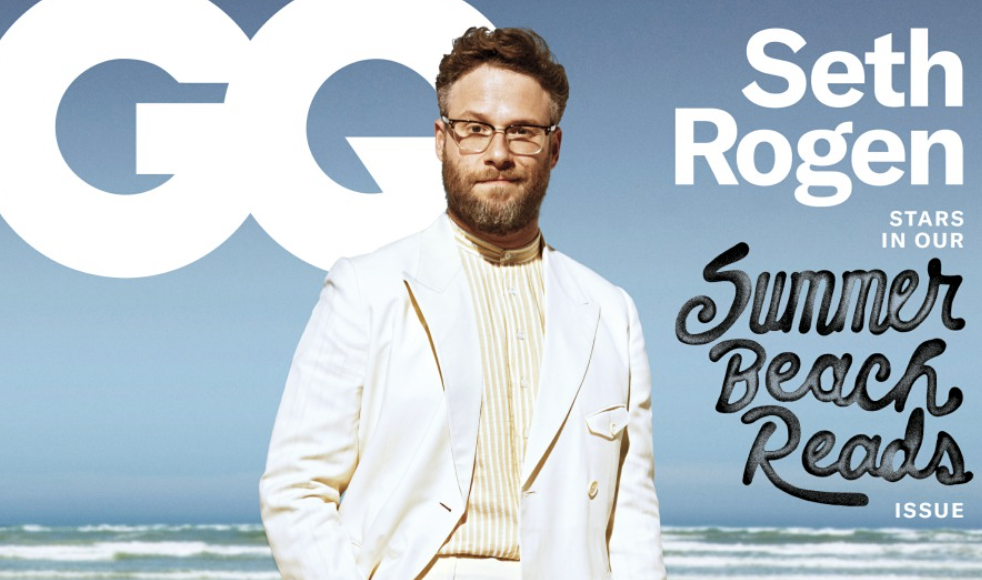 In a new interview with GQ, Rogen recalls fans’ disappointment with some of his lines, like the ‘How I know you’re gay’ refrain from The 40 Year Old Virgin. “I’ve had people come up to me and be like, ‘That made me feel like sh-t when I was in the movie theater and everyone was laughing about that.’ I don’t want anyone to have that experience watching our movies.”

He finds inspiration in Kanye West: “It is a fine line…I remember the truth is at first, people were like, ‘Why you making shoes, man? Just make music.’ And his shoes are great. People love them…So there is something to be said for staying in your lane, but sometimes people do really great outside of their lane. So it’s something that I look at with myself: How much do you expand? How much do you try new things? How much do you spread your wings, or how much do you stay in your lane? It’s a constant modulation.”

“I really always worked hard, because I recognized from a pretty young age it was one of the only things I could control.” GQ cover star @SethRogen opens up about fame, failure, and lessons from Kanye at the link in bio. (📸@sebastianmader) #NewGQ #sethrogen

The Game of Thrones alum and the singer-songwriter looked pretty chill during their pre-taped appearance on The Graham Norton Show, which airs Friday (May 24). So chill, in fact, you’d probably never guess the starlets shared a romantic connection to a certain Joe Jonas. However, telling by the promo pic from their guest spot, the ladies seemed to be all smiles and cordial with one another.

The 29-year-old musician, who sat on the big red couch wearing an orchid-colored dress and long blonde locks, also performed her smash single “ME!” The 23-year-old actress, who sported a coincidentally similar hairstyle as Swift, appeared to promote her new film, Dark Phoenix, alongside co-stars Jessica Chastain, Michael Fassbender, and James McAvoy.

RELATED: Meghan Markle Was Ghosted By This ‘X-Factor’ Winner Right Before She Met Harry

If you can recall, the “Delicate” musician once dated Turner’s hubby all the way back in 2008. Sadly, their short-lived romance didn’t end very well. Swift actually put the Jonas Brother “on blast” that year after he broke up with her over the phone. In retrospect, Swift expressed her regrets about on The Ellen DeGeneres Show, adding that things are better between her and the crooner, who laughs with her about the situation.

As of yet, Swift has been in a serious relationship with actor-model Joe Alwyn. Jonas, on the other hand, recently tied the knot with Turner earlier this month in an informal wedding ceremony in Las Vegas following the 2019 Billboard Music Awards.

NOBODY TALK TO ME. TAYLOR SWIFT AND SOPHIE TURNER ARE TOGETHER IN ONE PICTURE. I CAN DIE HAPPY NOW pic.twitter.com/x5ecQwa1kP