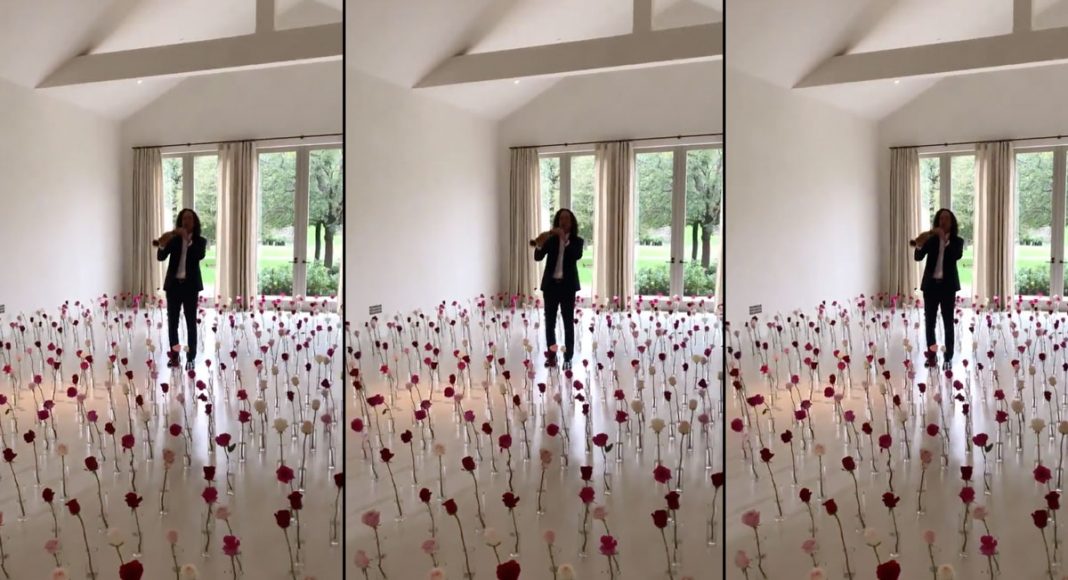 It’s somehow fitting that Kanye West would give Kim Kardashian a private Kenny G concert for Valentine’s Day. I don’t know why, but it just makes sense.

RELATED: Meghan Markle Has Some Advice For Singles On Valentine’s Day

Kim Kardashian demonstrated that she’s just like the rest of us when she took to social media to brag about her Valentine’s Day present, claiming that she had the most thoughtful husband in the world.

Twitter users had all sorts of reactions to the Kenny G video, where he’s seen playing the sax inside a white room bereft of furniture and filled with roses of different colors. Most reactions displayed a bit of confusion. If you have all the money in the world, why would you even consider a private Kenny G concert as the most romantic gesture ever? Who even is Kenny G? Why is he famous?

This looks a little like Jigsaw put Kenny G in a trap. https://t.co/iirWQSmBjw

a world where everyone had forgotten the music of Kenny G…everyone, that is, except Kanye West

I have so many questions. Is Kenny G still playing? How long is he there for? Did Kanye set all those flowers up? WHY DO I CARE ABOUT ANY OF THIS WHAT SORCERY? https://t.co/f6OI36yuNt

Very similar to how The Police tried to trap Sting in the ’80s. pic.twitter.com/J5vi5MQPpq

Christ, if I got home home and Kenny G was standing in a field of dead flowers in my living room I’d burn the house down

Anyways, thank God Valentine’s Day is over and we can move on with our lives.

How To Choose Weed Other Than By Strain

Marijuana strains are the most straightforward way to catalog cannabis, even if these labels aren't the most accurate.

Summer Sex? Here Are 5 Things To Consider When It’s Hot