Roald Dahl would have been 100 years old today. Born in 1916, his books sold more than 250 million copies worldwide, and is widely considered one of the 20th century’s greatest children’s storytellers. (He was also sort of a bigot, but it’s his birthday so let’s brush over that for now!)

We already know the characters brought to life by Gene Wilder and Mara Wilson, but what about those who’ve only seen a light grazing of the spotlight? 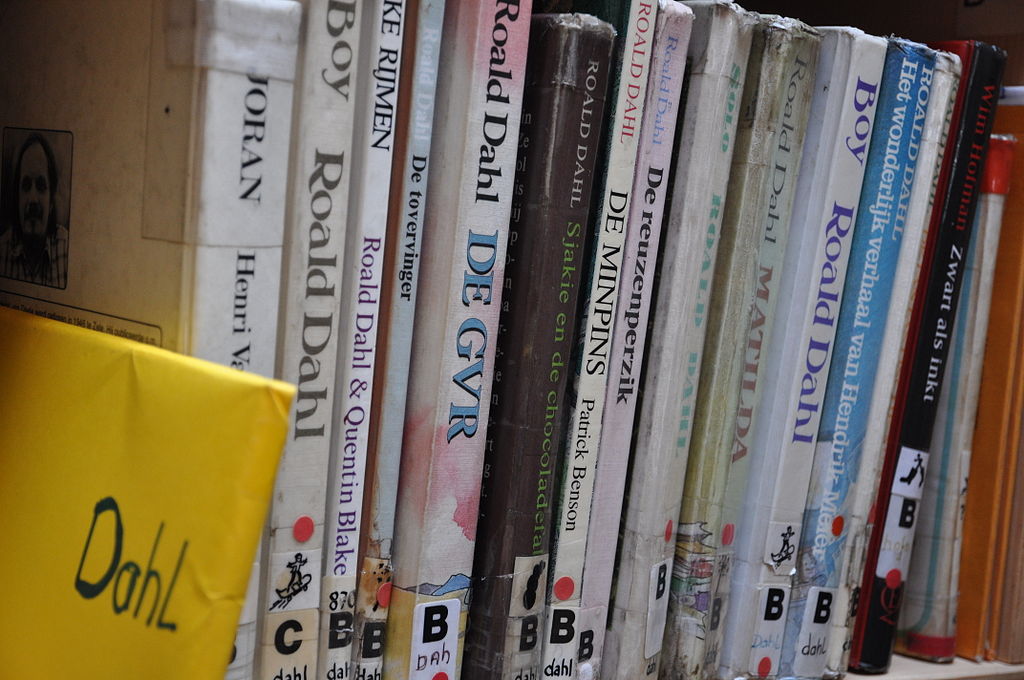 These recurring baddies are found in Charlie and the Great Glass Elevator and James and the Giant Peach. Dahl dreamed them up as destroyers of worlds: carnivorous egg-shaped aliens that move at a casual pace of 1,000,000 miles per day and devoured the peaceful civilizations that once lived on other planets in the Solar System. The only thing sparing Earth from the same fate is its atmosphere, which burns Knids up into shooting stars.

…the two of us were millions of miles up in outer space, flying through the universe in a shower of meteorites all red and gold. I was riding her bareback… “Faster!” I shouted, jabbing long spurs into her flanks. “Go faster!” Faster and still faster she flew, spurting and spinning around the rim of the sky, her mane streaming with sun, and snow waving out of her tail. The sense of power I had was overwhelming. I was unassailable, supreme. I was the Lord of the Universe, scattering the planets and catching the stars in the palm of my hand…

Oh, ecstasy and ravishment! Oh, Jericho and Tyre and Sidon! The walls came tumbling down and the firmament disintegrated, and out of the smoke and fire of the explosion, the sitting-room in the Waldorf Towers came swimming slowly back into my consciousness like a rainy day…

In the short story “Skin,” an old man whose now-deceased friend was a famous artist. Before his death, the artist tattooed a painting onto his back. Down on his luck in old age, Drioli considers auctioning off his back-canvas for art collectors. After agreeing to live in a gallery as a walking exhibit, Drioli mysteriously disappears, but the painting that adorned his back is seen for sale at auction. Dubious:

It wasn’t more than a few weeks later that a picture by Soutine, of a woman’s head, painted in an unusual manner, nicely framed and heavily varnished, turned up for sale in Buenos Aires. That – and the fact that there is no hotel in Cannes called Bristol – causes one to wonder a little, and to pray for the old man’s health, and to hope fervently that wherever he may be at this moment, there is a plump attractive girl to manicure the nails of his fingers, and a maid to bring him his breakfast in bed in the mornings.

This dude had style, we’ll give him that. The Indian prince called Willy Wonka to build a chocolate palace, which Wonka advised him to eat immediately. Pondicherry was all, “Nah, I’m gonna live in this chocolate deathtrap” until it melted in the hot sun. Because it required too many special effects for the 1971 film adaptation, we don’t see this feat of hubris go down until the 2005 version of Charlie and the Chocolate Factory:

Like many of Dahl’s characters, Boggis suffers from arrogance and general old-bastard-itis that eventually leads to his undoing. Appearing in Parson’s Pleasure, written for a 1958 issue of Esquire, he’s a scam artist posing as a parson, going from barn to barn and relieving country people of their valuable furniture to resell for thousands. He’d convince them that a particular piece was shoddily made and steal away with his haul like the 1950’s version of American Pickers.

‘The time and trouble that some mortals will go to in order to deceive the inno­cent!’ Mr Boggis cried. ‘It’s perfectly dis­gusting!

No question that Dahl could be drawn to darker impulses. But today, many fans are remembering the master yarn spinner as a gentle old grandpa, who seemingly could’ve had a successful career as a life coach or inspirational speaker.