The Fresh ToastThe most trusted name in cannabis
More
HomeCultureThis Is The One Small Thing Men And Women Value Most In...

There are many health benefits to humor. It decreases stress, lowers blood pressure, and can even relieve pain.  And now, according to a new study, it can also be the glue that keeps a relationship together.

The survey of more than 900 Europeans and Americans aimed to find out which little relationship gestures helped keep the spark alive, and laughter took the top spot.

Nearly 70 percent of both men and women said they ultimately cherish a partner who makes them laugh.

Random smiles and acts of food followed closely behind; 66.8 percent of women preferred a clandestine smile from their partner, while 65 percent of men said the key to their hearts was through their stomach. 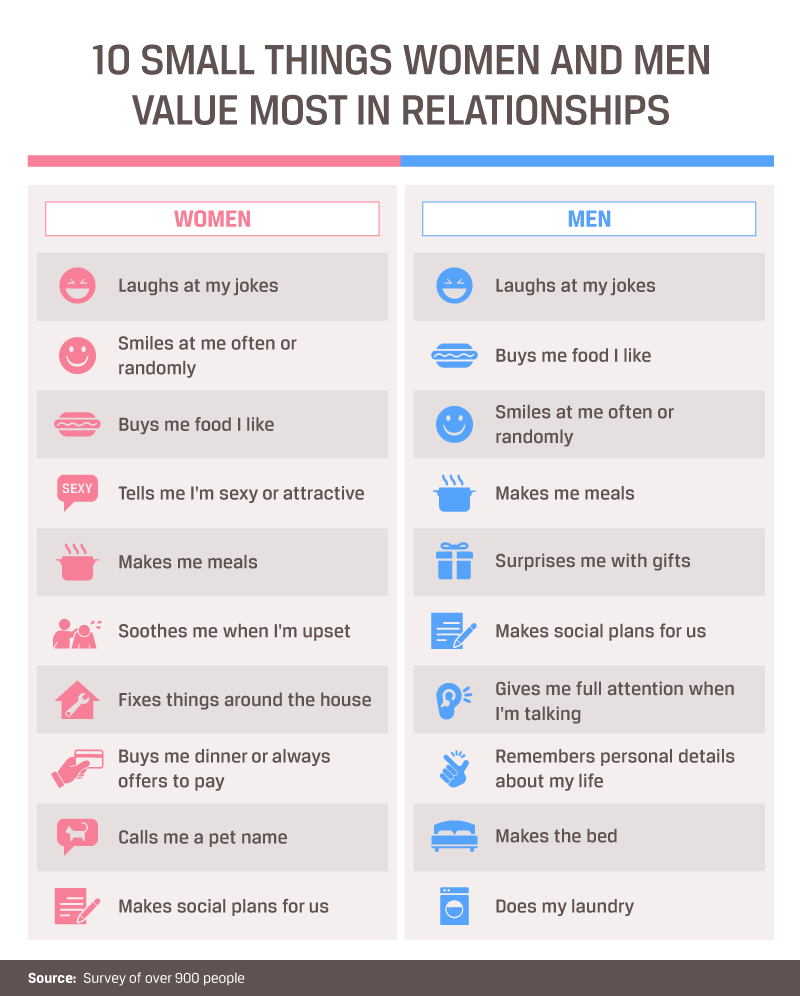 According to the survey:

While over 61 percent of women felt receiving a compliment about being sexy or attractive was their most valued relationship perk, that same category did not even make the cut for men. Other sentiments that showed up exclusively for women include being soothed when upset and being called an endearing pet name. On the men’s side, they expressed gratitude for being surprised with a gift and having their partner’s full attention while in conversation.

The survey found that other small gestures became more important over time, like partners who made social plans for the pair. For new couples, only 3.4 percent found this to be an important gesture compared to 10.4 precent of couples who had been together for at least 16 years.

Among women who reached relationship nirvana, 74.2 percent said leaving room to indulge in some “me” time was the best gift their partner could give, according to the survey. And the healthiest relationships? They tend to strike a balance between “together” time and “me” time, which allows both partners time to be independent and nurturing of themselves, which is ultimately necessary for a healthy relationship.