What Your Sleep Position Says About Your Relationship

Sure, sex can lead to sleep, but can it also be a byproduct of your sleeping position?

A new study by Mattress Advisor uncovered an interesting sex tidbit: there’s a correlation between the way couples sleep and how much sex they have.

They surveyed 1,000 people currently in relationships about their favorite and least favorite sleep positions with their partner. The favorite?

Many respondents were pretty fond of having some space to themselves when sleeping. For men and women alike, the most popular position involved partners sleeping on their sides facing away from each other, with a small amount of space between their bodies.

Curling up on your side is also the sleep position scientists recommend for breathing and lower back pain benefits. 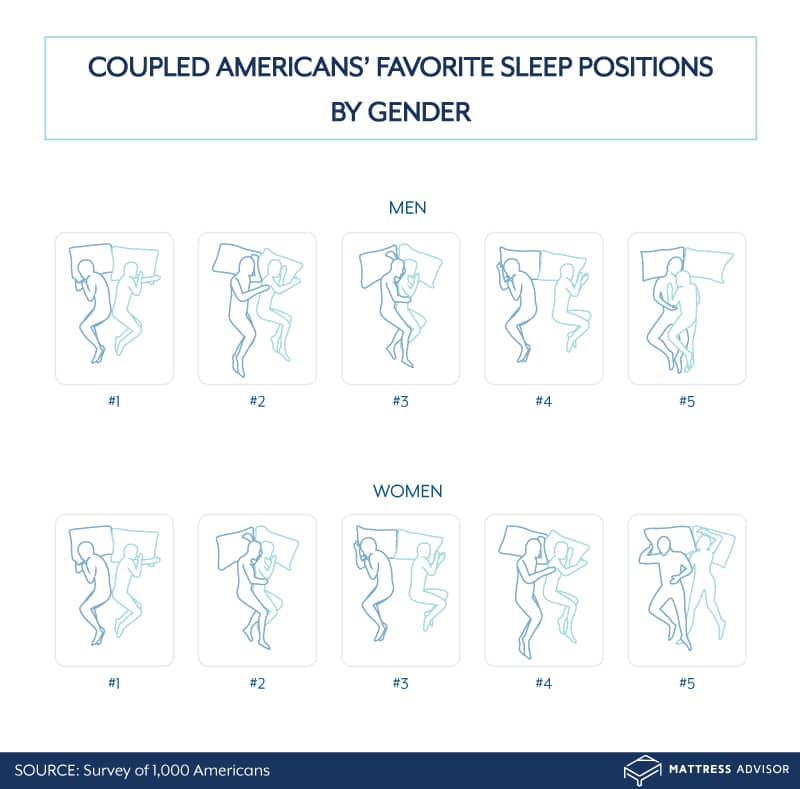 Our findings suggest positions that already involved quite a bit of contact translated to sex most easily. The sleeping arrangement most correlated with sex featured couples facing each other with limbs intertwined. Close spooning with the man on the outside took second place.

Couples sleeping in this position rated their sex frequency a solid 4.2 out of five. Spooning (with the man playing the role of the Big Spoon) ranked second with 3.7. 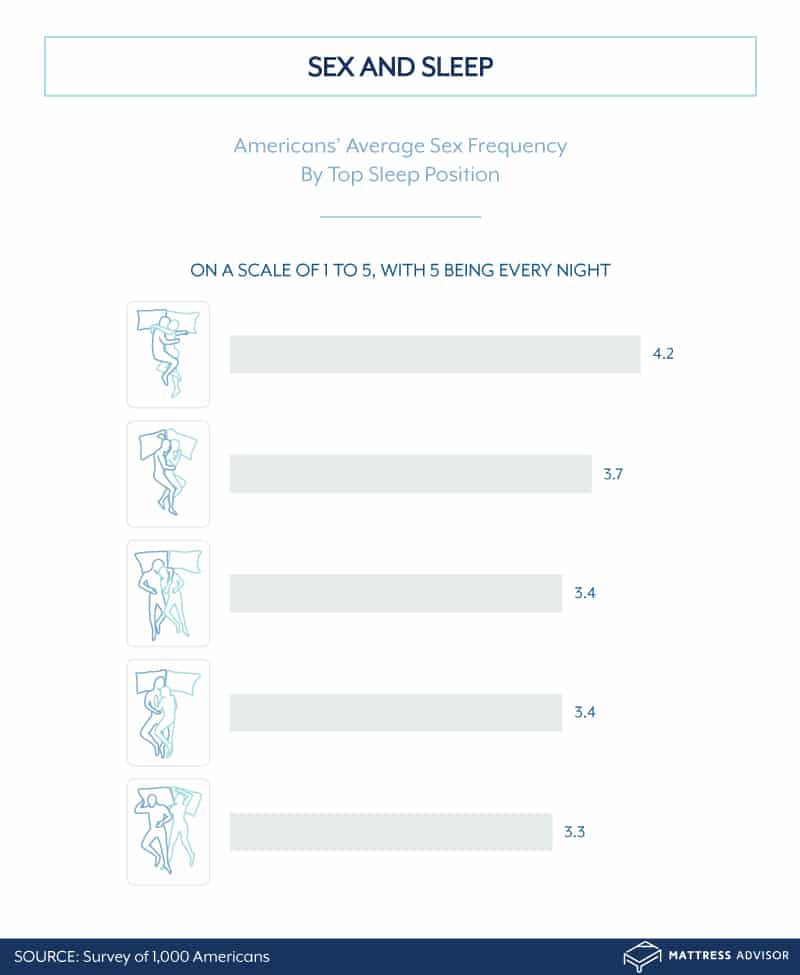 For those who are poor sleepers, it’s not just affecting your mood, it’s affecting your romance vibe. Of the respondents who reported sleeping poorly, 74.5 percent said they were satisfied with their relationship compared to the 95.9 percent who got good sleep.

If you’re going to sleep poorly, make sure it’s because you’re having lots of sex.