The Fresh toastThe most trusted voice in cannabis
More
Home Daily Delight Rough Day? How About A 1,790 Pound Pumpkin Filled With Elysian Beer?

Rough Day? How About A 1,790 Pound Pumpkin Filled With Elysian Beer?

Seattle’s Elysian Brewery hosted their 13th annual “Great Pumpkin Beer Festival” last week and The Fresh Toast was there to celebrate with 6,000 other paying attendees. One hundred percent of proceeds benefited the Fred Hutch Cancer Research Center. More than 80- beers from near and far were poured, including 20 or so from Elysian’s pumpkin-crazed brewers and their collaborators.

Orange was the theme, and beer was in our cup.  Two giant pumpkins were turned into makeshift kegs and filled with Elysian’s Punkuccino Coffee Pumpkin Ale, which can be found nationwide using Elysian’s Beer Finder.  The two beery pumpkins were the winners from the 3rd annual Great Pumpkin Weigh-Off held the weekend prior in Seattle’s Georgetown area, and weighed in at 1,200 and 1,790 pounds each.

Here’s a look at the festivities:

On the second and final day of the festival, Saturday, Sept. 30, Elysian’s Cellmaster Dan-o taps a 1,790 lbs. pumpkin – the winner of the Elysian’s Great Pumpkin Weigh-Off.

Attendees dance the night away to tunes from KEXP’s Riz Rollins &amp; Stevie Zoom – who sat inside a gigantic Tiki Man the entire night. 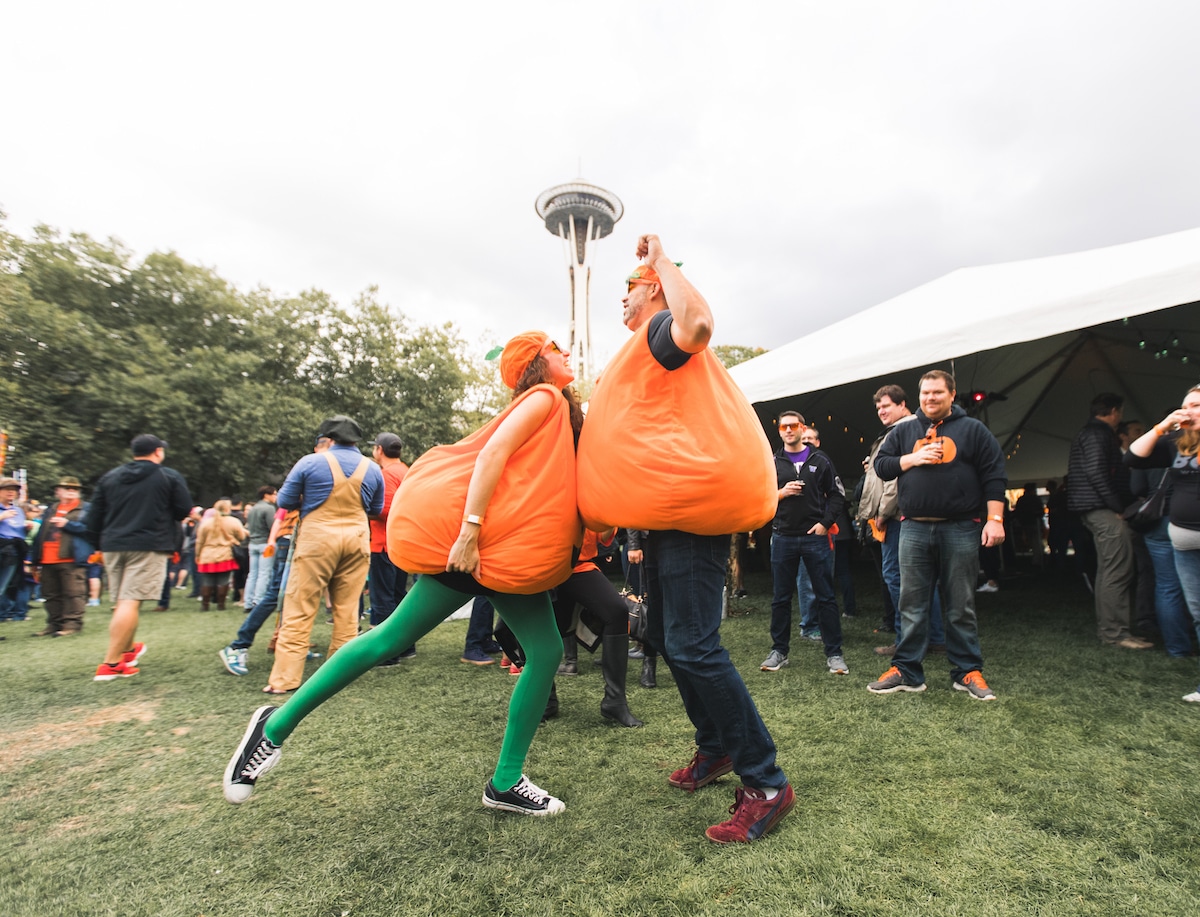 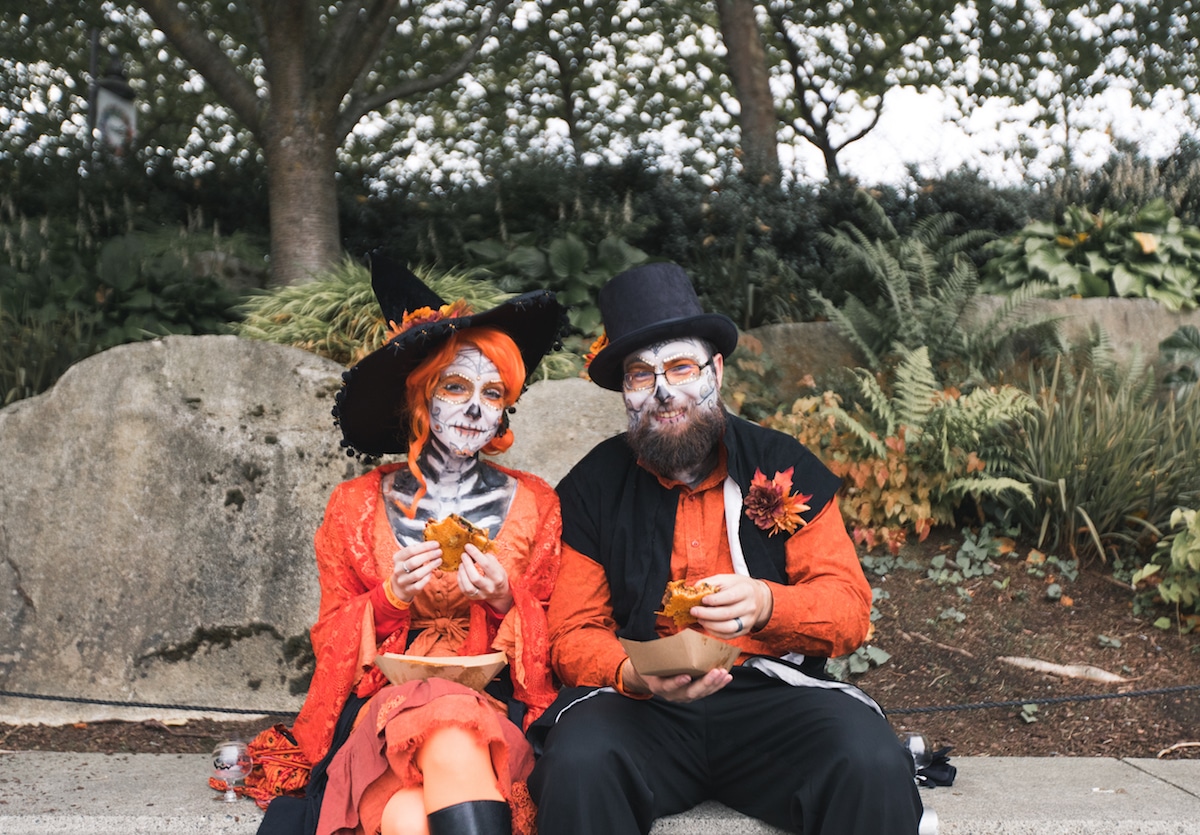 Festivalgoers were encouraged to embrace the orange festival theme and interpret it however they’d like.