The Week in Hot Messes: Drake, Clowns, and Poop 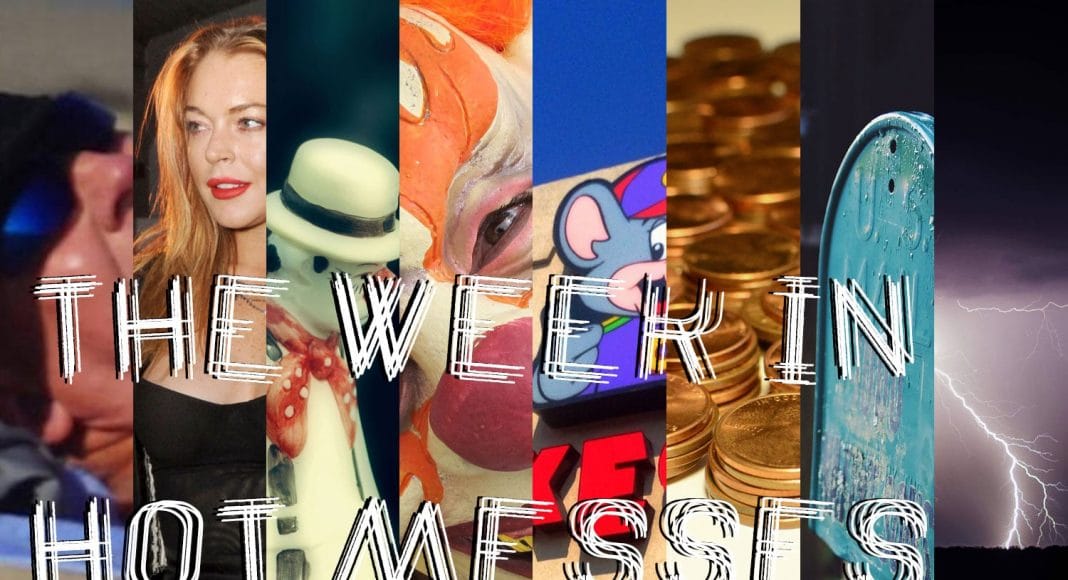 While it’s easy to focus on only the Hot Mess that is the presidential campaign, it would be a mistake to ignore the wild tales of woe from your everyday people. You know, the would-be clown victims with jobs on the lines, the fallen movie stars with mangled fingers, the academics with mail filled with poop, and the soft-hearted Canadian rap stars who visit small colleges only to be confused with a killer clown. Let’s recap the Week in Hot Messes.

This seems to be the week when the Great Clown Epidemic finally hit the mainstream, so let’s start there. Last Saturday morning, a woman called 911 and said she’d been attacked by a clown with a knife. The clown, which she said jumped over a fence, chased her at cut her thumb, according to the woman’s initial story. Scary! One small problem: She’d made the whole thing up because she was late to her job at McDonald’s and didn’t want to be fired.

Speaking of clowns, clown mask sales are reportedly up 300% for one national Halloween retailer. “In the top 10, eight of them are ‘evil’ clown masks this season whereas last year, five of the top 10 were ‘evil,’” Brad Butler, COO of the company that operates national Halloween costume chain Halloween Express, told CW 33. Great.

And our third—and final, I promise—clown story of the week involved the great sad Canadian Drake, who—after saying he wouldn’t—made a surprise, late-night visit to Drake University following his show in Des Moines on Tuesday. Unfortunately for the rap superstar, no one on the sleepy campus was awake, or at least no one would let him inside their sorority.

Why? Because they thought he might be an evil clown.

The Theta doorbell rang 9 times at 2:30AM and my immediate thought was that it was a clown.

Thought I was going to be murderered. Nope. Just @Drake knocking on my front door. pic.twitter.com/NrH53kDKfU

Moving on from clowns but staying firmly in the celeb world, there was the story of Lindsay Lohan’s finger, which she nearly lost in a boating accident while vacationing off the coast of Turkey last weekend. In fact, she reportedly did lose part of the tip, but a surgeon was able to reattach it. Feel better, Lindsay.

The most literal Hot Mess took place this week in Moscow, where meteorologists at a state-owned Russian TV station predicted what the weather would look like in Nebraska following a nuclear strike. A fun thing for everyone to think about, especially considering the recent tension in U.S.-Russian relations.

There was also the mysterious case of the New Jersey man who was allegedly spotted sunbathing on a public beach while wearing only a transparent plastic bikini. The man, whose “genitals were clearly exposed,” according to New Jersey police, was later arrested on suspicion of lewdness.

And finally, my favorite story of the week: Because of an two-year-old feud in the philosophy world, four philosophy professors have been mailed packages filled with poop. “I thought, ‘Oh shit,’” one of the professor’s said after reaching into the package. “‘This is shit. I’m one of the other people who got the shit!’” For more about the convoluted story, which really is too complex to relay here, read the original report at BuzzFeed.