The Fresh ToastThe most trusted name in cannabis
More
HomeOpinionShould We Legalize Something That Causes 300K ER Visits Every Year?

Should We Legalize Something That Causes 300K ER Visits Every Year?

While marijuana may be a factor in some accident deaths, there is no evidence that it is a significant factor when compared with other substances, such as alcohol … or dog bites.

Disclaimer: The views expressed in this article solely belong to the author and do not necessarily represent those of The Fresh Toast.

We often overlook things we don’t want to see, so when we debate public policies, we can be misled by not knowing the context. Consequently, when we hear about the harms associated with something we may want to outlaw it.

For example, there is something that caused 6,323 hospital admissions in 2017 with a mean age of 6.63  years. Almost one third underwent a surgical procedure. Open wounds of the head, neck and trunk were the most common injury and decreased in prevalence with increasing age. Open wounds of the extremities were the second most common and the prevalence increased with increasing age. Children aged 1–4 and 5–10  years were both more than three times more likely to be admitted than those more than age 11. Think of the children!

RELATED: Did Marijuana Prohibition Cause The COVID-19 Pandemic?

What is this horrible thing? Dogs! Dog bites kill a child on average every month.

Of course, let me emphasize that I really do love dogs, so I would never ban them.

But now consider that every day, over 300 children in the United States ages 0 to 19 are treated in an emergency department for accidental poisonings. Children younger than 6 years comprise nearly half of poison exposures (44.2%), followed by adults (40.5%), then teens (8.2%).

Cosmetics and personal care products lead the list of the most common substances implicated in pediatric exposures (children younger than 6 years, NPDS, 2018). Cleaning substances and pain medications follow. Nothing exotic or illegal here. 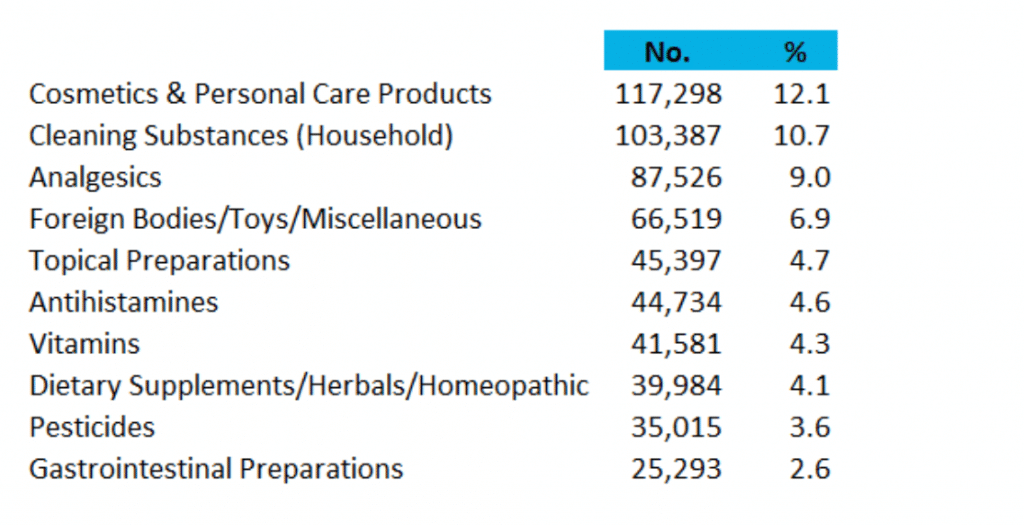 Of course, I cannot resist pointing out that there are no deaths directly attributable to marijuana, because it has no effective lethal dose.  The number of people in the U.S. who died from an accidental drug overdose in 2018: almost 68,000, but, again, none from marijuana.

RELATED: We Must End Marijuana Prohibition For Economic Recovery In A Post Pandemic World

And while it may be a factor in some accident deaths, there is no evidence that it is a significant factor when compared with other substances, such as alcohol … or dog bites.

Nonetheless, the total arrests for marijuana possession (not dealing) was 608,775 in 2018.

And consider the context. That is greater  than the total arrests for all violent crimes. Maybe we should end the Drug War and spend the money on dog catchers.

Richard Cowan is a former NORML National Director and co-founder of the CBD vs FDA Hemp Blog.

Facebook
Twitter
Linkedin
Email
Print
Previous articleWhich Sports Fans Smoke The Most Weed? (Hint: It’s Not Baseball Or Basketball)
Next articleHere’s What Happens When You Mix Marijuana And Beer

When patients have suffered enough, they may now be allowed to try cannabinoids. I would cheer, “Scotland Forever!”… if this had not taken forever.

Medical Marijuana Would Be A Great Idea, But…

When Are We Going To Start Arguing About Who Lost Mexico?