Music and cannabis go together like rolling papers and a lighter, so it’s important that we pay attention to their recommendations — and not just in the music realm — as we travel further down the cannabis-lined path. Music selectors are among the most important parts of a good party or night out, and their guidance can have you feeling joy that you may have been missing in between dance dates.

If you’re ever out and hear a super long disco song, you may be unknowingly dancing to that DJ’s smoke break, which is a fun little trick that the pros deploy to carve out 5 minutes for themselves, while making the rest of us enjoy life so much.

We chatted with four DJs to get their favorite strains and these are their picks.

Yamez Blannon has been on the scene shredding mixes far past the capability of 80% of NYC deejays for some time. Catch his regular mixes on his Instagram account, where you can also see his love of cannabis.

About his favorite cultivars, Blannon says:

OG Kush or Gorilla Glue. I usually smoke before I DJ and during, it kinda takes me away to my own space where I’m a lot more in tune to the music.

California native Julianne Latino goes for the heady vibes, but only when the mood strikes. Her sets are fun-packed dance marathons, and she saves the smoke for times when she isn’t spinning.

My preferred type of weed to smoke would have to be Lambs-bread, also rumored to be Bob Marley’s favorite strain, who’s a big role model of mine.

“Weed isn’t a daily thing for me, it’s more of a special ritual I’ll indulge in if i’m going to do something fun and interesting like a music concert, or an epic nature excursion.

“I look at cannabis as a way to chill me out, spark some creativity, and most importantly, make me laugh. Everything in my life is about laughing. I like my weed to feel like a cozy cloud I can bounce off of. I also f*** with edibles. I love a good body high, whereas sometimes smoking weed may hit me a little too fast and then I start forgetting words.”

My go to strain when I’m in New York is Gorilla Glue. New York isn’t the West Coast, the corner still runs shifts on my block. I prefer the block over the fancy delivery services.The block is more convenient.

As a traveling deejay, Jimmy gets to try the legal market’s bounty as well, “When I’m in LA I always go for Girl Scout Cookies, that’s my default on the West Coast. I’m a bit on the old side and growing up we didn’t really have this intuitive of a system but I’m hip to it.”

Elaborating on popular GG, The Gent says, “I like Gorilla glue so much because it’s the right amount of heavy and I can still get work done. In a fast paced city such as New York with a high stress level you need a strong weed. Smoking while I’m working helps me be in tune with the music. I prefer a joint over a drink creatively. I strongly believe weed and music go hand and hand. They feed each other. The two things that bring people together universally.” 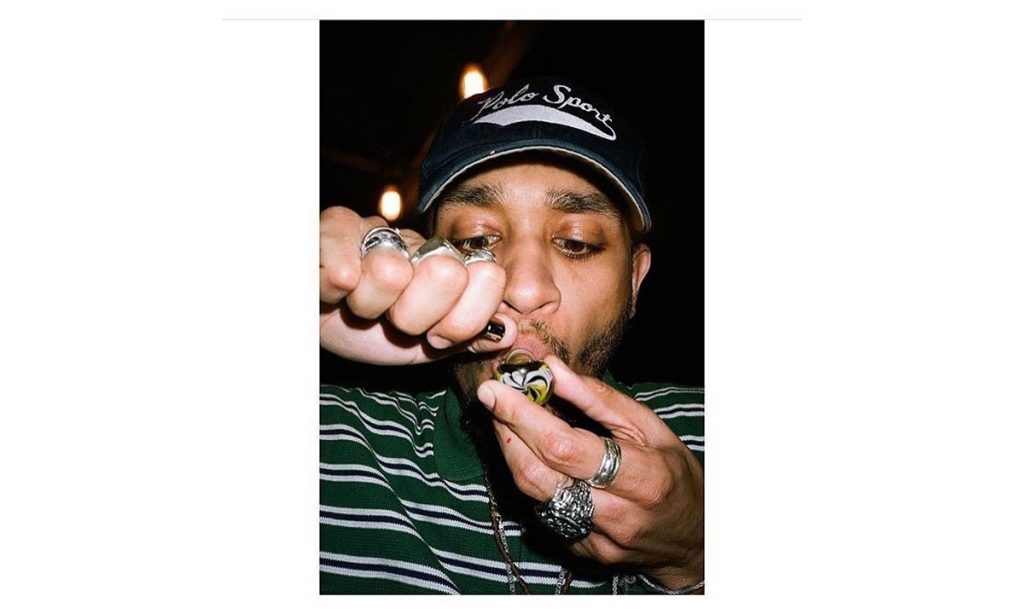 Bringing the party to the Lower East Side since he could take the subway alone, Smurfo is an accomplished artist and has an ear for the best classics. Musically, he’s wise beyond his years.

My favorite strain (at the moment) is Durban Poison. It’s a kick that gets me hype to play funk and disco and rare groove and really puts me in the mood.

Don’t let a good song or a good strain pass you by. Enjoy every moment like the next you have to go home to walk the dog or relieve the babysitter, especially when you’re out enjoying the fruits of a Dj’s labor. After all, the fruits of the cannabis cultivator probably motivate you both.

Facebook
Twitter
Linkedin
Email
Print
Previous article5 Animal Videos To Save Your Week: November 4
Next article10 Toys From Your Childhood That Could Make You Rich

Why I Use Cannabis To Help Treat My Adult ADHD

Double Down On Adulthood With This Cannabis Crème Brûlée