WATCH: 3 Grandpas Smoke Marijuana Together For The First Time 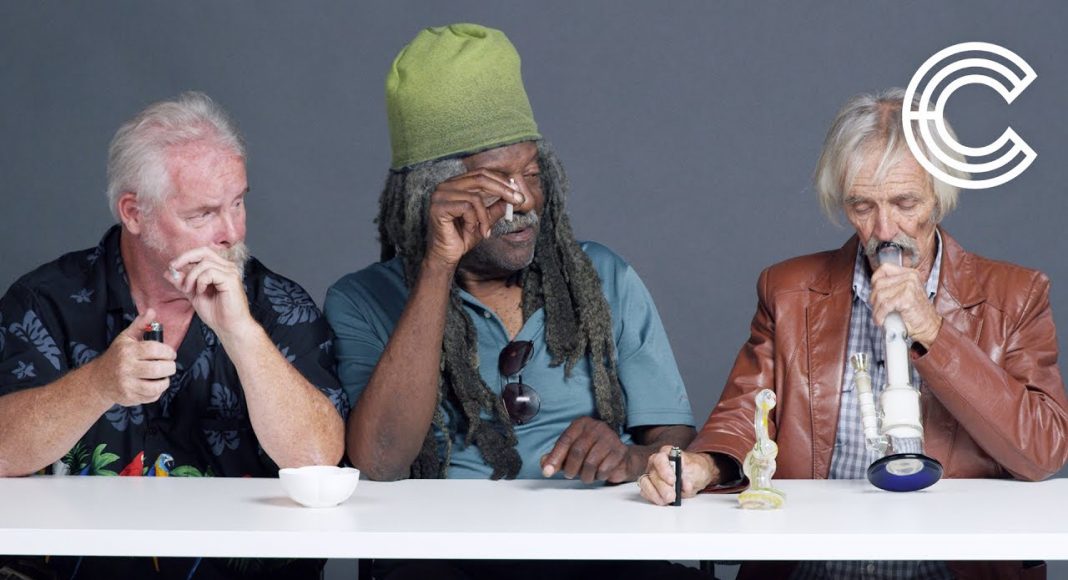 Senior citizens tend to have very strong opinions about the world – about everything, really – and they tend to stick with those opinions through thick and thin, no matter what others tell them, and how much times have changed. The people from Cut Videos like to do social experiments on camera, and their best ones always include the unlikeliest groups of people getting together and smoking copious amounts of weed.

The protagonists of this video are three older men who’ve never ever smoked weed, and who’ve, for most of their lives, never felt curious about the herb. Not even during the 70’s.

The video starts off by introducing its leads, Robert, Melvin and Graham, who each explain their backstory and the reason why they’d never consumed marijuana before. The three of them express a certain fear towards the drug, which is definitely related to how marijuana was viewed a few years ago, and the stigma it used to carry. Melvin explains his catholic upbringing and the fact that drugs were almost never discussed in his house. He also compares marijuana to “needles” and other kinds of drugs that are definitely more serious, but that in his mind, are still grouped together.

After their initial introductions, the video producers hand them a bong, a joint, and a pipe, which they all look at with trepidation, referring to it as “paraphernalia”. Robert and Melvin stick with the joint and at first don’t seem to feel much, but half an hour in you can tell they’re super high even if they don’t want to admit that they are. Graham was a trooper and decided to try the joint and then to take a hit off of the bong. We believe that he became to a stoner really really fast, proving that it’s never too late to try new things.

Newly published data shows that legal cannabis programs can curb the use of synthetic cannabis over time.

Newly Elected Colombian President Calls Out War On Drugs In Inaugural Speech, Asks For US Support