When was the last time you thought about Rick Astley? That’s what we thought. He’s developing his own beer, teaming with Mikkeller brewery in Copenhagen to develop an as-of-yet unnamed brew that, he says, will be a “pilsner type lager.” This means  you can now have “Never Gonna Give You Up” running through your head every time you sip it. You know, unless the beer sucks, in which case you can give it up ASAP.

But Astley isn’t the only B(eer) List celeb to collaborate on a beer.  Here are 8 other celebs who are almost famous enough to make the cut for “Dancing With the Stars.”

The three, long-haired blond brothers who sang, “Mmmbop” in the 90’s own their own brewery, Hanson Brothers Beer Co., in Oklahoma. And their most popular brew? You guessed it! Mmmhops Pale Ale. Rolls on the tongue.

This band who wrote soft rap-rock ballads like “One Week” partnered with Flying Monkeys in Ontario to make BNL Strong Beer, an 11% ABV Imperial Chocolate Stout.

Rock Brothers Brewing has partnered with Darius Rucker of 90’s rock band “Hootie and the Blowfish” to create an American Blonde Ale with hints of Lemongrass. According to the brewery it’s “amazingly smooth,” much like Hootie’s hold-your-hand lyrics.

Seattle’s Elysian Brewing has partnered with legendary record label Sub Pop to bring you the Loser Pale Ale, a crisp and tropical brew to honor the Grunge era, Nirvana and maybe even a little wink to Washington great, Beck. Okay this pairing is no B-List but it is fun!

This “Bad Boy” chef who takes himself a little too seriously worked with Flying Dog Brewery in Maryland to create a smoked Amber Ale they call “Backyard Ale,” which the chef hopes pairs with all things BBQ.

The man who made the lyric, “My bum is on your lips” semi-famous helped create Milk Stout beer with Beau’s Brewery that the two parties describe as “creamy and velvety.” The two parties recommend the beer with “cheese sandwiches,” which is odd, much like Green’s old MTV show. Let’s move on. 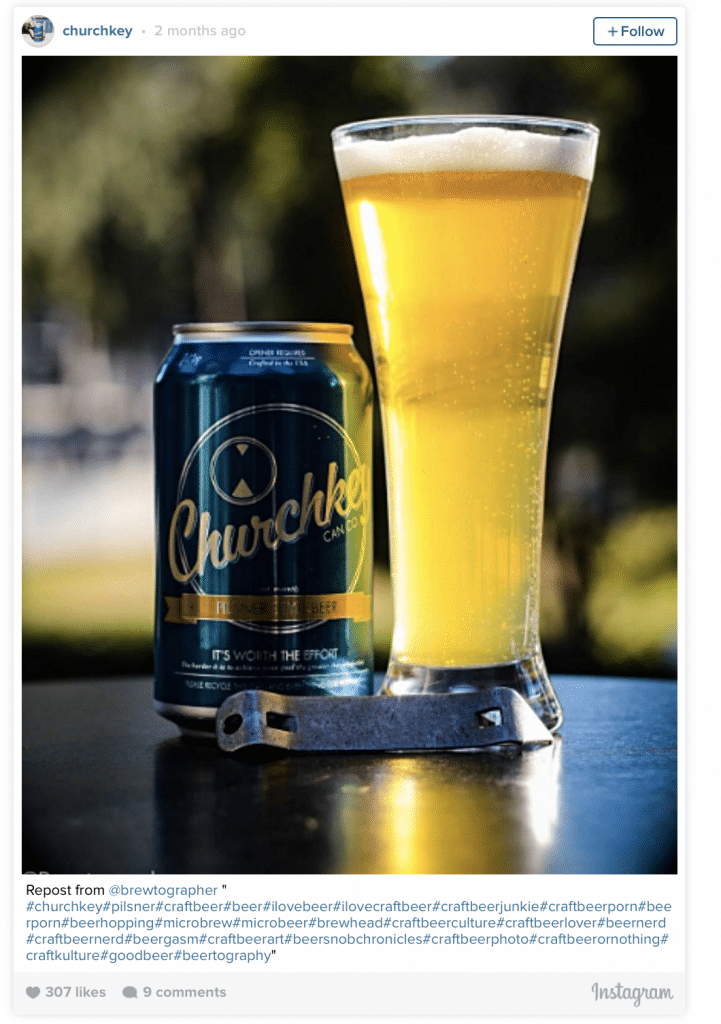 This “Entourage” star is known for rolling in packs. So why not create a six-pack of beer and slap his name on it? The be-stubbled actor recently founded a brewery called Churchkey Can Co., where the signature brew is pilsner. Bland alert!

Thrashing metal bands deserve their own beers too, right? Well, Iron Maiden and Robinsons Brewery in the U.K. think so, which is why they invented Trooper, an Extra Special Bitter: a malty dark beer with a little hopped edge.

it just so happens you're in charge of grilling the burgers, corn-on-the-cob, hot dogs and chicken patties. You got this.

5 Facts You Need To Know About Cannabis Beer

5 Radlers To Quench Your Thirst For Summer

7 Irish Beers To Make You Feel Less Like A Poser On St. Paddy’s Day