By: Naughty Gossip
May 30, 2019
CelebrityGossip 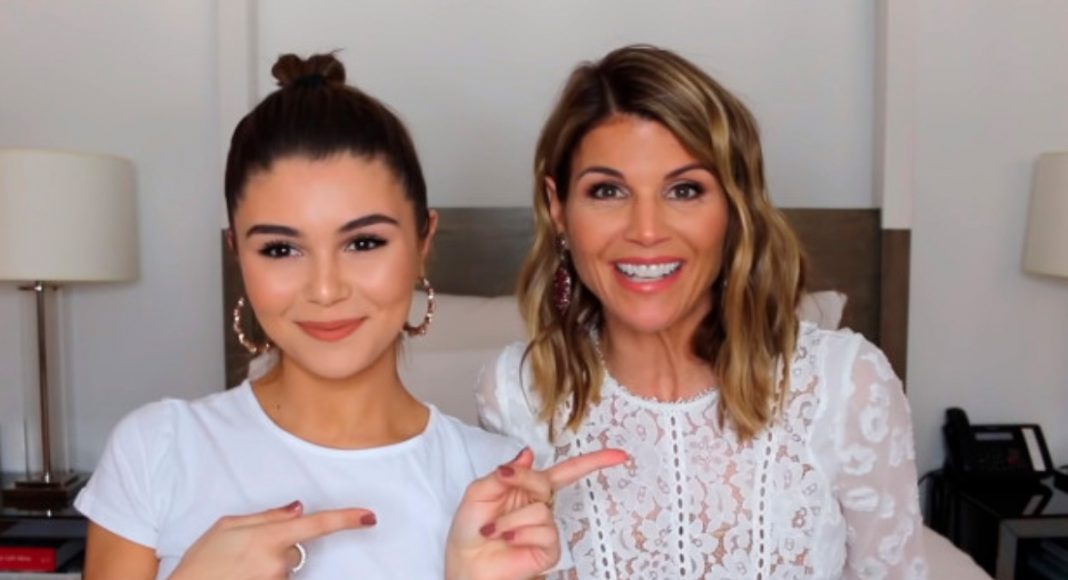 Olivia Jade Giannulli was reportedly aware of her parents’ bribes to get her accepted into USC, as per a new report from Us Weekly.

The celebrity gossip magazine revealed the 19-year-old was well aware of what her mom, Lori Loughlin, and dad, Mossimo Giannulli, did in order to get her accepted into the university. “Olivia fully knew what her parents did to get her into USC, but didn’t think there was anything wrong with it,” an insider told the magazine of the YouTube influencer. “She didn’t get into any other California schools.”

As you know, Loughlin and Mossimo were arrested for their involvement in the scandal, which exposed a number of parents for bribing officials for nationwide college admissions. Since the debacle took off in March, the couple pleaded not guilty to two charges of money laundering and conspiracy to commit mail and wire fraud, during a court appearance. They face up to 40 years in prison for the charges. To be specific, the couple allegedly paid $500,000 in bribes to get their daughter, as well as their eldest child, Isabella, labeled as crew members for sports teams they never played and the tactic worked.

Even though the student accounts for Olivia Jade and her sister, Isabella, have been put on hold by USC, the former apparently wants to return to the institute. “She knows they won’t let her in, so she’s hoping this info gets out,” one insider told Us Weekly last week. “She wants to come out looking like she’s changed, learned life lessons and is growing as a person, so she for sure wants people to think she is interested in her education.”

Moby has canceled his book tour dates in the U.K., just days after he apologized to actress Natalie Portman for the way he wrote about her in his new memoir, “Then It Fell Apart.”

The 53-year-old singer had been scheduled to speak at a series of events in the U.K. and Ireland in early June to promote the book, but according to his website, those dates and all other upcoming appearances have been canceled.

“Moby is canceling all upcoming public appearances for the foreseeable future,” a statement on his website said. “We apologise [sic] for any inconvenience this may cause. All tickets will be refunded at the point of purchase, and Moby is happy to provide signed bookplates to everyone who bought tickets to these events.”

The singer also posted on Instagram Tuesday to say he is “going away for awhile.”

In his memoir, Moby went into detail about his alleged relationship with the Oscar Award winner and how he met her backstage at one of his concerts.

He said that she was “flirting” with him in his dressing room and that, afterward, he tried to pursue dating her in the early 2000s.

However, Portman shut down the dating claims and said she found him “creepy” back then.

“I was surprised to hear that he characterized the very short time that I knew him as dating because my recollection is a much older man being creepy with me when I just had graduated high school,” the mother of two said in an interview with Harper’s Bazaar UK.

“That he used this story to sell his book was very disturbing to me,” she said, in part. “It wasn’t the case. There are many factual errors and inventions. I would have liked him or his publisher to reach out to fact check.”

At first, Moby declared she was lying in her statement but then backtracked and wrote an apology which he posted on social media.

I’m going to go away for awhile. But before I do I want to apologize again, and to say clearly that all of this has been my own fault. I am the one who released the book without showing it to the people I wrote about. I’m the one who posted defensively and arrogantly. I’m the one who behaved inconsiderately and disrespectfully, both in 2019 and in 1999. There is obviously no one else to blame but me. Thank you, and I’m sorry. Moby