Oprah Says Meghan Markle Is ‘Being Portrayed Unfairly’; Kim Kardashian Is Studying To Be A Lawyer 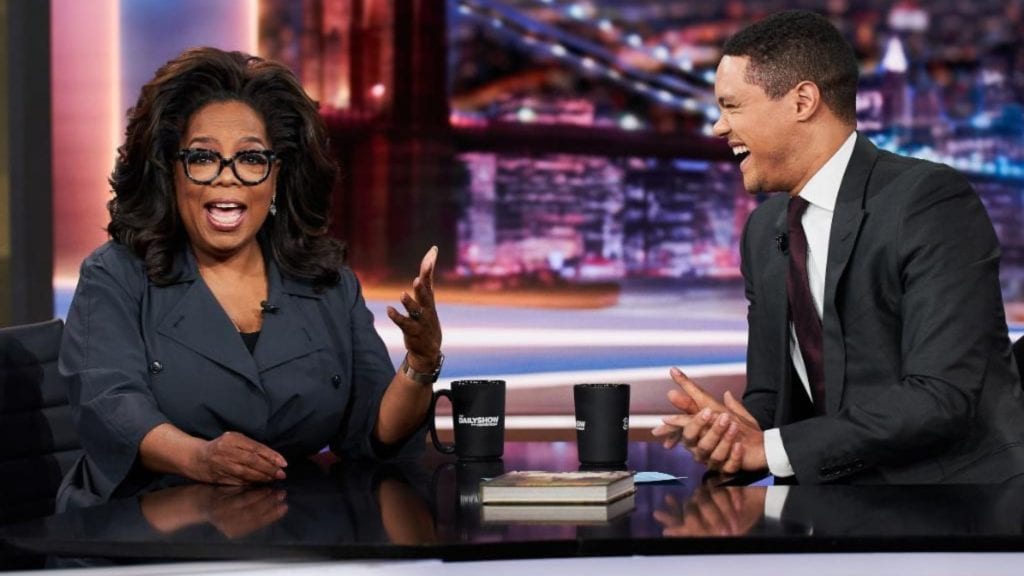 A new profile of Kardashian in Vogue reveals that last summer, months before her meeting with Trump, she embarked on a four-year apprenticeship with a San Francisco law firm. She plans to take the bar exam in 2022. Not only that, she’s continued to work on prison reform by visiting prisons, the White House and state officials, such as California Gov. Gavin Newsom.

While Kardashian didn’t finish college — she attended Pierce College in L.A. — California and three other states allow people to practice law after completing an apprenticeship with a judge or practicing lawyer and passing the bar.

“The White House called me to advise to help change the system of clemency,” Kardashian told the magazine, “and I’m sitting in the Roosevelt Room with, like, a judge who had sentenced criminals and a lot of really powerful people and I just sat there, like, Oh, s***. I need to know more. I would say what I had to say, about the human side and why this is so unfair. But I had attorneys with me who could back that up with all the facts of the case. It’s never one person who gets things done; it’s always a collective of people, and I’ve always known my role, but I just felt like I wanted to be able to fight for people who have paid their dues to society. I just felt like the system could be so different, and I wanted to fight to fix it, and if I knew more, I could do more.”

She ignored people who told her to stay out of it, and there were many.

“I made a decision to go to the White House when everyone was telling me, ‘Don’t go, your career will be over; you can’t step foot in there.’ And I was like, ‘It’s my reputation over someone’s life?’ Weigh that out. People talk s*** about me all day long. It will just be another story about me versus someone getting their life back.”

Kardashian certainly won over Jones, who spoke highly of her performance during the Johnson meeting with Trump.

“Kim understood that [Trump] needs to be seen as taking on the system, and she helped him to see that there are people who the system was against and that his job was to go and help them,” Jones said. “And it was remarkable. So for people who have fallen for this media caricature of the party girl from ten years ago who hangs out with Paris Hilton? This is the daughter of an accomplished attorney and the mother of three black kids who is using her full power to make a difference on a tough issue and is shockingly good at it.”

Oprah Winfrey doesn’t like how Meghan Markle is being treated by some in the press.

The media mogul appeared on “CBS This Morning” Wednesday to talk about her new partnership with Prince Harry, but she also spoke to co-anchor and best friend Gayle King about the Duchess of Sussex.

“I think she’s being portrayed unfairly,” Winfrey said of Markle. “I feel that if people really knew her, they would know that she is not only everything you perceive her as being ― graceful and dynamic in holding that position ― but that she just has a wonderful warm, giving, funny heart.

She added: “I see all the crazy press around her, and I think it’s really unfair.”