By: Naughty Gossip
May 1, 2019
CelebrityGossip 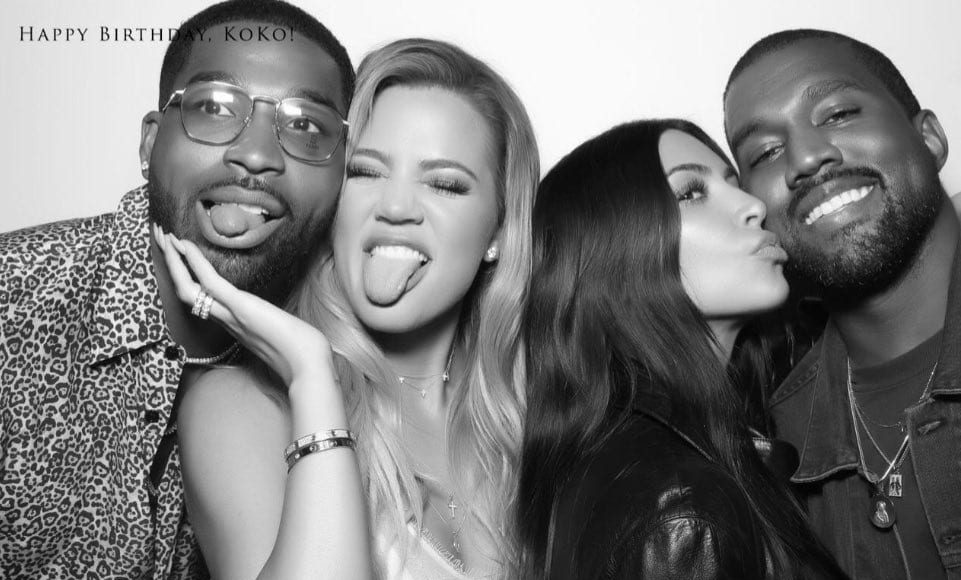 On Sunday’s episode of Keeping Up with the Kardashians, Khloé, 34, opened up about Thompson’s first cheating scandal, which broke last year — just two days before she gave birth to their daughter True.

At the time, the basketball player was caught on video getting close to an unidentified woman in a New York City lounge, and TMZ also published footage from October 2017 allegedly depicting him kissing one woman while a different woman groped him at a hookah lounge outside of Washington, D.C. (Thompson, 28, has never publicly addressed any of the allegations.)

Though she initially forgave him and they got back together, the new mom confessed on last night’s episode that she was having second thoughts after their relationship issues came to light during a reading with a local medium in Bali.

“Ever since what happened with Tristan and I, nobody knows I fight an inner battle with myself in regards to what is the best thing to do for my relationship and for me,” she said. “This is spot-on with me and it’s kind of freaking me out.”

“Meeting with all these different healers, I’m realizing that I’m suppressing a lot of my emotions,” she continued. “Now, it’s time to think about all that stuff.”

“It’s hard to overcome cheating,” she added. “It’s hard to gain the trust back. You wonder: Will it ever be the same, will you ever really get back to where you were prior to this whole cheating scandal? So I’m really just trying to reevaluate what’s important to me and hopefully make the right decision. But yeah, you don’t know.”

Note to any future comedy club owners, Pete Davidson will not perform if any of his romantic flames are used against him.

On Tuesday (April 30), TMZ reported that Davidson walked out of his Monday night show at Vinnie Brand’s Stress Factory Comedy Club in Bridgeport, Connecticut because the club owner reportedly mentioned his previous girlfriends: Kate Beckinsale and Ariana Grande. As per some club-goers, Vinnie Brand made sarcastic mentions of the two stars before Davidson got on stage to let the audience know that there should be no heckling. That was apparently one of the ground rules that the SNL comedian agreed upon for his performance to avoid instances like his New Jersey show debacle, where a heckler disrespected Mac Miller. Additionally, any attendees who shouted references like that should be removed from the premises. Seems like Vinnie’s mentions of Beckinsale and Grande (even as ground rules) were enough for the comedian to walk out.

Meanwhile, a source close to Us Weekly revealed that that Brand went out of his way to embarrass Pete and sarcastically told the audience to not ask any questions about his exes. “Pete was not about to to let this guy ruin his show, disrespect him and abuse the names of women Pete respects and cares about,” the insider said. “Pete has been doing great. He’s happy and has been really enjoying traveling and doing shows. It’s sad that people like this club owner would pull a stunt like this just to bring attention to himself and his club.”

After leaving the venue, the 25-year-old star took to Instagram Story to apologize for the cancelation and revealed that he would make it up to any attendees with an additional show. “I’m sorry that we had to leave the show before I got to go on. The owner, Vinnie Brand, disrespected me, and did something that I told him not to do and I can’t perform under those circumstances,” Davidson explained. “However, everybody who got tickets to that show … I am doing a free show for you guys. We will figure out where it’s going to be in the next week. We will get that all sorted out. Sorry again. This isn’t your fault.”

NEW | here’s an update regarding the show that was supposed to happen tonight in connecticut via pete’s IG story! #petedavidson #saturdaynightlive #snl

Facebook
Twitter
Linkedin
Email
Print
Previous articleFearing The Possible Loss Of Your Favorite ‘GOT’ Character? You’re Not Alone
Next articleHalf Of Marijuana Users Think They Can Drive While Stoned — Is That Wrong?