By: Naughty Gossip
May 10, 2019
CelebrityGossip 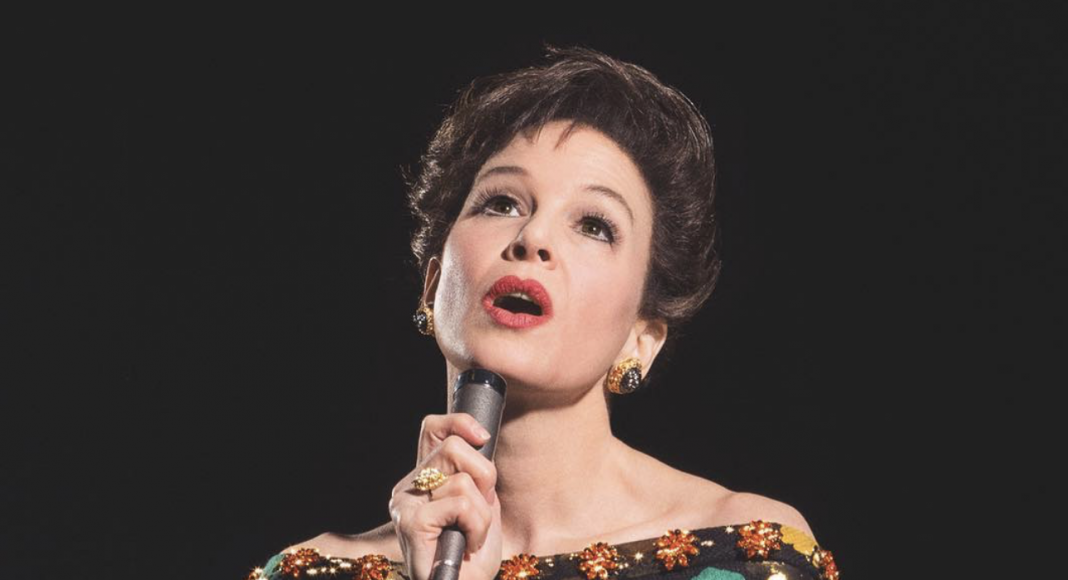 The late movie star’s life is being brought to life in the first official preview of theater director Rupert Goold’s upcoming film titled “Judy,” which is adapted from Peter Quilter’s music “End of the Rainbow,” Entertainment Weekly reported Friday.

Zellweger, in her first leading role since 2016’s “Bridget Jones’s Baby,” portrays Garland one year before her death from an accidental drug overdose at age 47 in 1969 as the “Wizard of Oz” leading lady arrives in London to launch a comeback in a series of sold-out concerts at the Talk of the Town nightclub (now known as the Hippodrome).

People magazine reported that to prepare for the part, the 50-year-old Oscar winner took music lessons, studied choreography and read up about the actress and singer, who shot to fame as a child star, but struggled later in adulthood. She also spent two hours a day in the makeup chair getting prosthetics, contact lenses and wigs applied.

Zellweger, 50, told the outlet that the chance to play Garland was a “magical” experience.

“It was such a joy learning about the magnificence of this person,” Zellweger explained. “I always admired her. She was so quick and so funny. She could hit the ball back with the best of them.”

Alex Trebek was ‘writhing in pain’ between ‘Jeopardy!’ tapings

When Alex Trebek announced that he was diagnosed with stage 4 pancreatic cancer in March, the “Jeopardy!” host also told fans he planned to continue working while undergoing treatment.

Now, the 78-year-old is opening up in a new interview about what it was like taping the game show, revealing there were moments that he “was on the floor writhing in pain.”

Speak with a fiduciary financial planner near you. These are your 3 matches. See them here for free.

“This got really bad,” Trebek admitted to CBS Sunday Morning host Jane Pauley in a preview of the interview, which is set to air on Sunday. “I was on the floor writhing in pain. It went from a 3 to an 11. And I just couldn’t believe. I didn’t know what was happening.”

“And it happened three or four times a day while we were taping,” he explained. “So that was a little — little rough on me.”

Still, Trebek — who has been the host of “Jeopardy!” since 1984 — wanted to push through, despite one instance where he “barely” made it to his dressing room and ultimately “cried in pain” when he got there.

“I taped the show and then I made it to the dressing room on one occasion, just barely, before I writhed in pain and cried in pain,” Trebek recalled. “And I had 15 minutes before the next show. So, I got myself together and spasms of that kind usually last about 10 to 15 minutes. So, all right, here we go again: ‘Anybody got any pain pills?’ And, I don’t like taking pain pills. But I got through it.”

“And, the producers were very kind. They said, ‘Look, if you don’t wanna do the show, we’ll just cancel taping.’ I said, ‘No. We’re here. We’re doing the shows,’” he insisted.