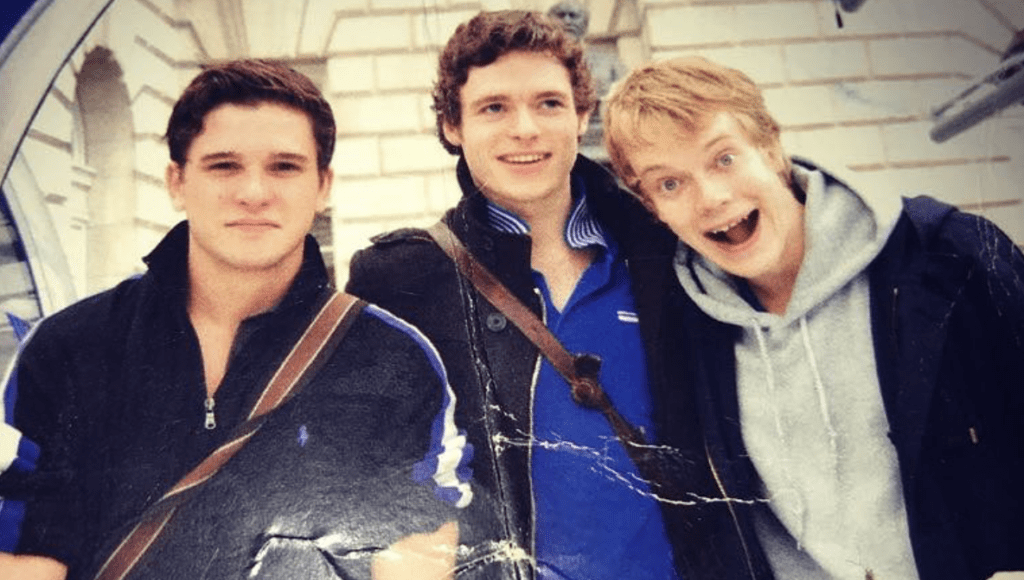 Now that Game of Thrones‘ eighth season is officially underway, Richard Madden is looking back at his beginnings on the acclaimed HBO series with fond memories.

On Thursday, the actor, 32, shared an adorable throwback photo, featuring him alongside GOT costars Kit Harington and Alfie Allen, taken shortly after their first table read for the series.

In the photograph, both Madden and Harington, 32 (who play Jon Snow and Robb Stark on the show, respectively) smile for the camera, while Allen, 32, (who plays Theon Greyjoy) hams it up in a gray hoodie and keeps his eyes and mouth open wide.

“#TBT This is Kit, Alfie and I after our first read through of S1 Ep1 of Game of Thrones about 10 years ago. KIDZ,” Madden captioned the sweet shot.

The pals appeared to have had fit in a visit to the iconic Northern Ireland Ferris wheel, The Wheel of Belfast, between GOT rehearsals.

Justin Bieber Tears Into Laura Ingraham: ‘Absolutely Disgusting’ And ‘Should Be Fired’

The Canadian singer-songwriter wrote an Instagram post on Thursday that described Ingraham’s on-air joking and laughing about the death of community activist, rapper and musician Nipsey Hussle as “absolutely disgusting”:

Hussle, who was born Ermias Asghedom, was shot and killed in March in South Los Angeles.

High-profile rappers, including Snoop Dogg, The Game and T.I., have also criticized Ingraham’s coverage. An online petition demanding her termination from Fox has garnered more than 44,000 signatures.

Ingraham made headlines earlier this week when she criticized the inclusion of model and cookbook author Chrissy Teigen in Time magazine’s list of 100 most influential people of 2019.

Teigen fired back in a series of blistering tweets in which she called Ingraham a “white supremacist.” Ingraham has a well-documented history of repeating white supremacist talking points on her widely watched show.