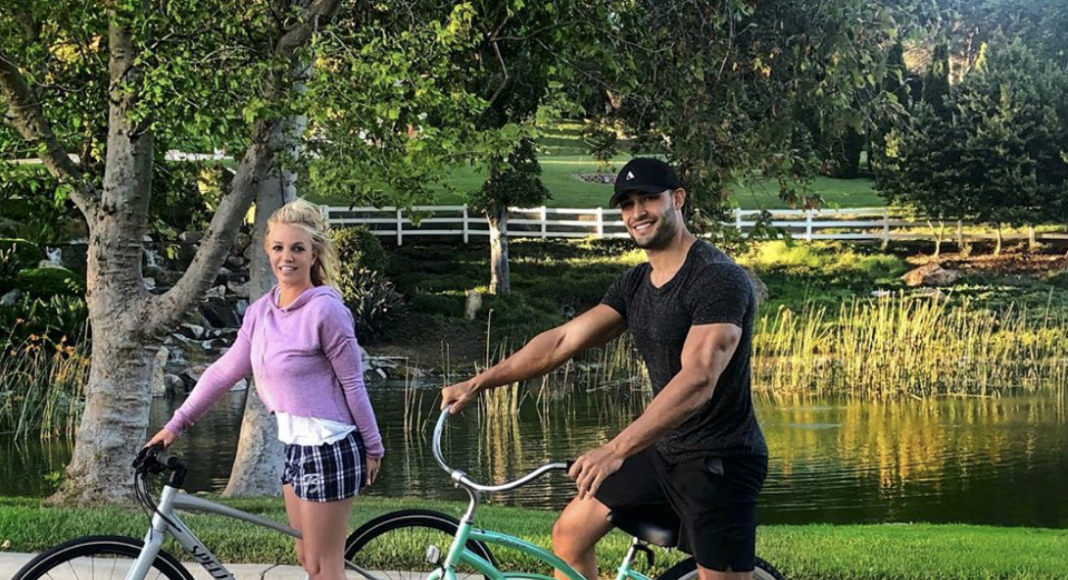 Britney Spears offered fans some levity amid reports of her alleged struggles with her mental health.

The “Toxic” singer posted an Instagram video making goofy faces, captioning it, “.. after therapy and being too serious it’s so nice to be silly !!!!!”

Spears’ boyfriend, Sam Asghari, left her a supportive comment, writing, “Inspiring people to be themselves rather than trying to get others approval #humble #real.”

The 37-year-old pop icon canceled her “Domination” residency in Las Vegas before its kickoff after her father, Jamie Spears, suffered a ruptured colon. She spent time in a mental health clinic to cope with the stress associated with her father’s health issues.

Since then, Britney and her family members have reportedly been at odds over the terms of her conservatorship.

The singer’s finances and many of her day-to-day decisions have been under her father’s control since her breakdown in 2008.

A video clip appearing to show “Jeopardy!” phenom James Holzhauer’s historic run come to an end made the rounds Sunday on social media.

The minute-long snippet — believed to be a leaked clip from an episode expected to air on Monday — picks up as the contestants reveal their responses in the Final Jeopardy segment, and ends with the 34-year-old professional gambler in an unfamiliar position: Second place, trailing leader Emma Boettcher by $3,200.

“Oh gosh! What a payday,” exclaimed Trebek, as Holzhauer strolled across the podium to give the giant-killer a sporting high-five. “What a game! Oh my gosh!”

The apparent stumble cuts down Holzhauer after a mind-boggling 32 consecutive wins, good for a total haul of $2,464,216, including the $2,000 he would receive for finishing second on Monday’s episode.