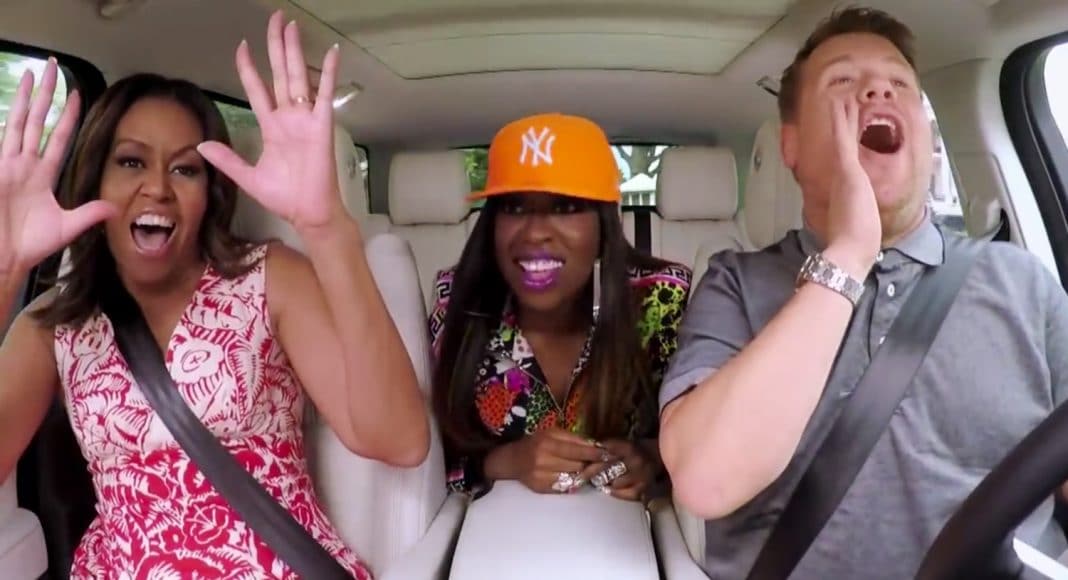 From Adele to Justin Bieber to the cast of Hamilton, the Late Late Show With James Corden’s “Carpool Karaoke” has quickly become the go-to destination for celebs looking for an easy viral video.The latest guest to sing her favorite tunes with Corden was First Lady Michelle Obama, who has previously appeared–and been hilarious–on unorthodox talk shows like Billy Eichner’s Billy on the Street.

While driving around the White House grounds, Obama and Corden discuss the various perks of presidential life in between singing along to classics like Stevie Wonder’s “Signed, Sealed, Delivered, I’m Yours” and Beyonce’s “Single Ladies.” Later, as they’re belting out Diane Warren’s “This Is For My Girls,” they’re joined by a surprise guest: Missy Elliott. The trio then, of course, launched into Elliott’s “Get Ur Freak On.” That sound you hear is Melania Trump frantically trying to memorize the lyrics to all four.